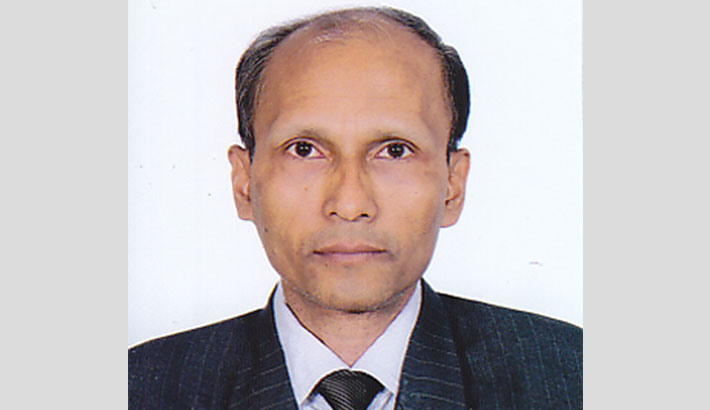 It is unfortunate that proper use of our mother tongue in all spheres of life has not been ensured even after 69 years of historic Language Movement of 1952. We could not make any policy on how to determine the status of our language that practices in Italy, France, Germany, Denmark, Sweeden, Finland, Norway, Russia, China, Japan, Vietnam, Malaysia and the countries of South America. Even Nepal sees its own language policy that we lack. The verdict in the higher court is declared in their mother tongue in Nepal that we still could not have done. Of course, twelve judges have given the verdict in Bengali sometimes, while one judge does so always. When this is the fact, why not others? We fail to understand the underlying causes of giving verdicts in Bengali.

The language policy of South Africa entails the official use of their language as well as English. That must be a very smart policy as the current world cannot deny the use of English. Those who are averse to learning or using English language should fathom the matter into a little bit deeper. Learning this foreign and global language does not necessarily mean undermining our mother tongue; rather it promises enrichment of Bengali along with the economic upliftment of the country. That’s why we need to have a ‘language policy’ which will guide how to evaluate our mother tongue in all kinds of institutions and except mother tongue how many languages can we use, where to use, how to use, how to learn, how long to learn, why to learn, how to balance between our first language and foreign language, who will learn a foreign language etc.

Some people show their concern with the increase of English medium schools in the country. The number of registered English medium schools is 159 and might be another hundred without registration but all of them do not have ‘O’ level and ‘A’ level. It definitely proves a meagre number of educational institutions that run Cambridge or EdEXEL syllabus and necessarily they do not stand in the way of honour Bengali and the introduction of Bengali at all levels. Bengali is also taught in these institutions. Not all the students of these institutions can use English excellently and comfortably. But they try. If they can, foreign universities accept them gladly when they see good grades in English which must be a positive aspect for us. We should try to make them love Bengali without looking at them with a frowned eye.

Many of our educationists who studied English, teach English but work for Bengali. They are real advocates of our mother tongue. Examples can be cited here — Professor Sirajul Islam Chowdhury, Professor Monjurul Islam, Late professor Zillur Rahman Siddique. They know English well and similarly Bengali also. So, we should not cry that learning English is banishing Bengali. Globalisation process will lead us to a marginalised position until we promote, use and go at par with a global language. Through it, we can spread our language around the world practically, not theoretically.

Since independence, no language survey has been conducted that may sound strange. It is learnt that in 1962 an initiative was taken to conduct a survey on regional languages by Bangla Academy and the linguist and educationist Dr. Muhammad Shahiduallah developed a questionnaire also to conduct the survey. Then educationist and researcher professor Dr. Mohammad Abdul Qayyum started the survey in three Upazilas. However, it did not see the light of implementation later. We must remember that language is continuously changing. No language of any country remains static. The change that takes place may happen in favour of the society and culture of a nation or may go in its disfavour as well. Two national organisations such as Bangla Academy and International Langauge Institute work for language and cultural development but the question arises of how far they have contributed to introducing Bangla at all levels or even to spreading Bengali in the global arena in the real sense of the term.

Inclusions of new words in a language do not mean a negative factor if it does not happen purposively. In Bengali, many foreign words have mixed for some practical reasons that definitely have enriched our language and there lies no harm to consider them as our own words when the number of pure Bengali words proves limited. It is also true that for the sake of time and necessity a language receives and accepts many words from other languages, again with the passage of time some words get dropped from the use. The words which the users can use comfortably have been received by them and these words have received wider acceptance. So, what is the harm to accommodate them in our own language? In Bengali, for instance, we comfortably use school, college, university, chair, table and many similar words of this kind. Though these words have Bengali synonyms, hardly anybody uses them. We all feel comfortable using such English words as our own and we do not have any problem communicating using these English words as our known words like Bengali. It rather shows when the Bengali words of these English words will be used by anybody they may not feel so comfortable using them. They will sound neither soothing to the speakers nor to the listeners. Similarly, some medical terms such as city scan and X-ray are well-known to us more than their Bengali synonyms.

It is a matter of concern that many secondary-level students cannot read their Bengali textbooks well. Why does it happen? Does it mean that they are learning English so cannot read Bengali? No, they cannot read English as well. We must look into this matter very seriously and take effective and practical steps so that our future generation can read, write and speak Bengali as per our expectations. We should not waste time showing our concern and giving venom to those who learn English.

A language policy can give a clear guideline on how to improve the situation of our mother tongue and equip our next generation to use Bengali perfectly in their everyday life and all levels of the state. The policy will also shed clear light on how many foreign languages we need to learn and how to learn and why to learn. Students will learn those on the basis of national consensus, not in the face of unnecessary opposition of some groups.

The writer works for BRAC Education and is the president of English Teachers’ Association of Bangaldesh (ETAB). Email: [email protected]