Law for the Protection of Victim and Witness 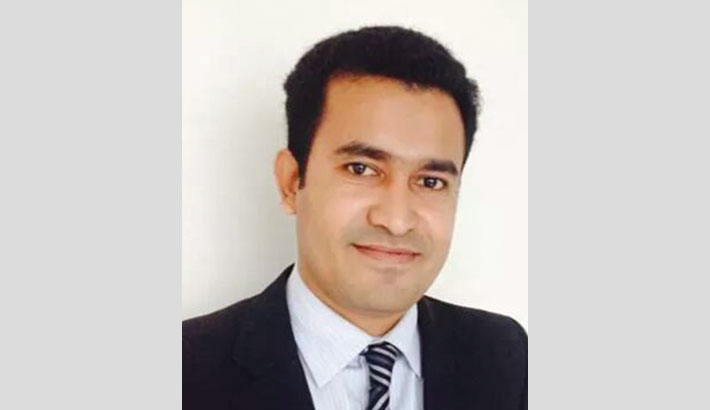 Bangladesh is a common law practicing country and we follow the adversarial legal system. Constitutionally and conventionally the long well established rule is “everyone is presumed innocent until and unless he is convicted beyond all reasonable doubts.” The constitutional promise and fundamental rights of the accused provides in the Article 35(3) of our constitution which states that, “Every person accused of a criminal offence shall have the right to a speedy and public trial by an independent and impartial Court or tribunal established by law.” Thus, the offenders have a wide range of rights both constitutional and legal in a criminal case.

However, the word “victim” has not been defined either in the Penal Code, 1860 or in the Code of Criminal Procedure, 1898. We can, however, define ‘victim’ as a person or persons who, individually or collectively have suffered physical, emotional, financial, social or psychological injury as a result of the commission of an offence in some cases. The word ‘witness’ may be defined as any person including a child, who is or may be required to make a statement or give evidence or who has made a statement or given evidence, in any investigative or judicial proceedings in relation to the commission of an offence.

The victim of a crime plays a very important role in the administration of criminal justice both as a complainant/informant and also as a witness for the prosecution. But these victims are nowadays vulnerable to threats, intimidation, coercion and harassment by the offenders or their associates preventing the victims from testifying before the investigating officer at the stage of investigation or from giving evidence before the courts and tribunals at the trial of the case.

In the present day society crimes have been syndicated and organised posing a challenge to the existing administration of law and order. Particularly, murder, kidnapping, abduction, rape, human trafficking, acid throwing against women and children and narcotics cases have considerably increased and are being organised on a well-coordinated basis. It is essential that the victim should be able to give testimony in court or tribunal freely and without any fear or pressure for the purpose of securing the ends of justice.

In our subordinate court, it is a very normal and expected scenario that the witnesses are not spontaneous to come to the courts for giving evidence only for fear, intimidation, threat from the accused and absence of any protection measure. As a Magistrate, I have experienced a huge number of cases where the witnesses complained that the accused has shown fear not to come to the court. 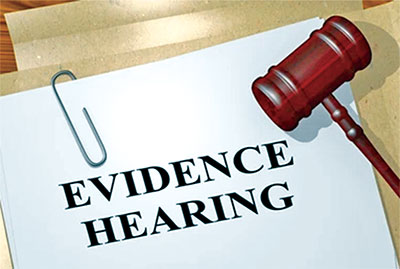 In August 2019, a witness’s daughter was gang raped and murdered in the Patuakhali District because her mother testified as witness in a rape case against the accused. The well-known case of Nusrat Jahan Rafi is also a symbol of lack of protection of victims. Sometimes, the crime is committed by the law enforcement agency’s personnel when the victim is in their custody. In this connection Yesmin murder case, Pollobi Police Station Case, Sheema murder case, Narayanganj seven murder case can be stated.

The Police Bureau of Investigation (PBI) conducted a research and published a report in July, 2019 on the dacoity cases of the country. PBI stated in their report clearly that 50 per cent of dacoity cases failed in the courts for hostile witnesses. The Narcotics Control Department admitted that 48.45 per cent cases failed and the accused acquitted in the last 10 years because of lack of witnesses.

Recently, the High Court Division (HCD) in a few cases set some guidelines for speedy trial and ordered a monitoring cell and monitoring committee for ensuring the production of witnesses in the courts especially in the case of the Anti-Women & Children Repression Tribunal cases. The HCD expressed that the government will take proper initiative to make law on the protection of victims and witnesses.

A comprehensive research by a national daily was conducted about the cases of the Anti-Women and Children Repression Tribunals of Dhaka from the year of 2002 to 2016. In the conducted research total cases were 7864 and among them 2604 cases were about rape, gang rape and murder after rape. The said research claimed that only 03 per cent cases were disposed of with conviction to the accused. They claimed that 55 per cent cases were closed and the accused was acquitted only for witnesses. It is unfortunate that our Law Commission submitted a report and recommended to enact the concerned Act, even as they proposed a draft bill of the proposed Act in 2006 and later on 2011.

In our legal system, there are a few laws which have the provision of protection of victim and witness. One of the finest Acts is the Prevention of Torture and Custodial Death Act of 2013. It provides a comprehensive protection in the custody of the law enforcement force or authority. Another statute is the Anti-Women & Children Repression Act, 2000. Section 9 (5) and 14 deal with interest and protection of the victim. To be mentioned here, section 14 of the Prevention of the Human Trafficking Act, 2012 provides a separate offence to show any threat, intimidation to victim and witness as well as show any barrier to investigation and trial of the offence and punishment is up to seven years. In 2013, the Parliament enacted a new Children’s Act which comprehensively covers the protection and legal rights of the children in the light of international standard. The International Crimes Tribunal Rules of Procedure, 2010, has a separate section 58A to deal with the witness and victim comprehensive protection. For taking such an innovative step in the statute, Bangladesh has become a successful country to ensure trial of war crime criminals after almost 40 years of our Independence.

The law on the protection of victim and witness was enacted in many countries; for example USA in 1982, UK in 1999, Australia in 1994, Hong Kong in 2000, Colombia in 1997, Germany in 1998, South Africa in 1998, Italy in 2001, Pakistan in 2017, Sri Lanka in 2015. India has taken initiative to formulate law and draft as “The Witness Protection Scheme, 2018” and the Delhi Provincial Government enacted law in 2015. Moreover, India has formulated by the recommendation of the Supreme Court of India ‘the Compensation Scheme for Women Victims/Survivors of Sexual Assault/other Crimes’ in 2018. Even in many States of India have compensation schemes for victims. In 2008, the United Nations on the Drug Convention had made a standard model protection of witnesses. The UN Declaration of Basic Principles of Justice for Victims of Crime and Abuse of Power, 1985 is also a milestone for making such laws.

Recently a writ petition has been filed in HCD by Children Charity Bangladesh (CCB) on February 24, 2021 seeking to formulate laws and scheme for the protection and compensation towards victims of rape and sexual assault. In conclusion, I would say that a comprehensive victim and witness protection law is now a need of the hour. The aim should be to protect the victims and witnesses and grant them certain rights and benefits to ensure their appearance before the investigative bodies and the courts or tribunals to give their evidence in respect of the alleged crime without fear of threat or intimidation of the accused.