50 Years of Bangladesh: Looking Back On a Genocidal Campaign 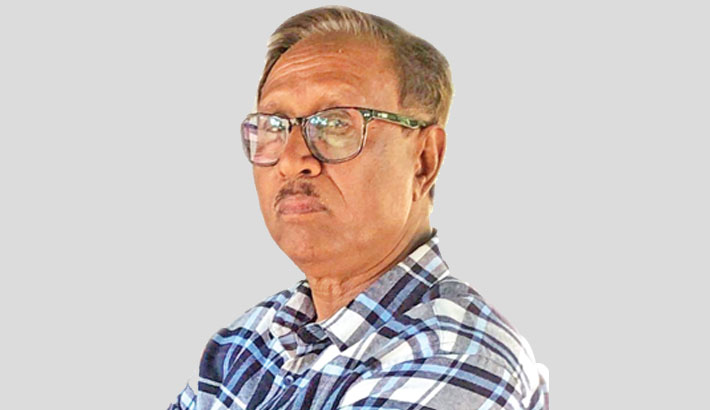 Looking back on a history full of valour and patriotism of the people is important, as Bangladesh celebrates its Silver Jubilee of independence. The year 1971 was also the year of extreme tragedy as the people witnessed one of the cruelest mass violence in world history, caused by the marauding Pakistani army, who committed ethnic, sectarian and gender-based violence resulting in the massacre of over 300,000 people and rape of 200,000 – 400,000 Bengali women.

Bangladesh’s war of liberation was the culmination of a systematic subjugation of the Bengali people by the former West Pakistani rulers. In the December 1970 elections, the first one in 23 years of Pakistan’s history, the Awami League led by Bangabandhu Sheikh Mujibur Rahman won 167 out of 169 seats in the east, while the 144 seats were split up between the competing parties in the west. The results effectively placed control of the Pakistani government in the hands of the Awami League and for the first time, the Bengalis had a chance of running both the central and the provincial governments. But, what followed instead was that President General Yahya Khan decided to abruptly and indefinitely postpone the calling of the Assembly, which was supposed to be the next step in the transfer to civilian rule. On March 25, 1971, the military president also abruptly broke off meetings with the Bengali leadership in Dhaka and flew back to West Pakistan. No longer was Yahya deviated in finding a civil solution, and instead turned to a military approach, the nature of the situation changed irreversibly. The West Pakistani soldiers moved across Dhaka in a full dress military attack known as ‘Operation Searchlight’ to crush the Bengali nationalist movement.

Witness accounts of the atrocities caused by the Pakistani military on the unarmed civilians on the night of March 25, 1971 was abound.

Eyewitness reports of international journalists, the victims’ reports and the investigation by the International Commission of Jurists in 1972, all affirm that the Pakistani army committed genocide in Bangladesh in 1971. Time magazine described how the night of March 25 unfolded as Yahya Khan left, “Five hours later, soldiers using howitzers, tanks, and rockets launched troop attacks in half a dozen sections of Dacca ... Swiftly Yahya outlawed the Awami League and ordered the armed forces to ‘do their duty.’ Scores of Awami politicians were seized, including Mujib... on charges of treason.”

There are numerous accounts of the atrocities that followed as part of the military crackdown.  Stephen Shalom Rosskamm described how, “in the center of Dacca, the main city in East Pakistan, the army set fire to 25 square blocks and then mowed down those trying to escape.”

In another account, an American working in a rural area described the carnage: “The Army simply loosed a reign of terror against all Bengalis on the theory that if they were sufficiently savage and brutal, they would break the spirit of Bengali people, and not only stop the rebellion, but ensure that it would never happen again. In the beginning this reign of terror took place in and around the cities. Prime targets of the army were anyone who were or could be leaders; Awami League politicians, professors, students, businessmen. But any Bengali was fair game for a soldier.”

In the brutal military push, Dhaka University, above all other places in East Pakistan, was designated as the main priority for the West Pakistani military control.

The US Consul General in Dhaka, Archer K Blood, the key American witness, sent an official telegram to the State Department on March 28, 1971, stating: “Here in Dacca [sic] we are mute and horrified witnesses to a reign of terror by the Pak [sic] military. Evidence continues to mount that the ... authorities have a list of Awami League supporters whom they are systematically eliminating by seeking them out in their homes and shooting them down ...”

As the days passed, the violence escalated and the war spread across Dhaka, and into the rural areas, raging for another nine months. Religious minorities were especially targeted by the Pakistani army in the mass killings carried out in the villages of Alekpara, Nautola and Battagram in Sonaimuri Upazila, on April 22, May17 and May 26, 1971. During the nine-month-long freedom struggle over three million people were brutally massacred and hundreds and thousands of women were raped by the combined forces of Pakistani army and their armed militias - razakars, al shams and al badrs. The number of women raped is officially two hundred thousand, but this exceeds half a million by many unofficial accounts. The military crackdown forced 10 million people to flee their homes to bordering Indian states as refugees.

Accounts of gendered violence in the form of narratives of Bangladeshi women raped and tortured have been preserved largely in various documents, including by eminent Bengali intellectual Nilima Ibrahim who detailed her experiences in her book ‘Aami Birangana Bolchi’ (As War heroine, I Speak), in 1994. The first chapter of the book introduces Tara Nielsen, a Hindu girl who had migrated to Holland after her horrific experiences of repeated abuse in Pakistani military camp. The lady was kidnapped and raped by her fellow countrymen and then handed over to the Pakistani military for prolonged torture. The torture towards Tara continued till December 16, the day of Bangladesh’s final victory from Pakistani rule. “Meher Jan Speaks”, another book, narrates a heart wrenching story of a fourteen-year-old girl who was raped for nine months in the military camps. In the post-war period, Bangabandhu Sheikh Mujibur Rahman honoured the rape victims as Biranganas (war heroines) to acknowledge their sufferings during the liberation war of Bangladesh.

While the Bengali freedom fighters, the Mukti Bahini, got sanctuaries in the friendly India where they were trained and equipped, built up effective resistance to the Pakistani military brutality, the threat of a total war came to fruition on December 3, 1971 following Pakistan’s abrupt attack on India’s western front. On December 3, 1971, India under prime Minister Indira Gandhi declared war against Pakistan, the two countries swiftly formed a joint military command, and the Mukti and Indian Mitra Bahini together began advancing towards Dhaka. As the Pakistani occupation forces were on the verge of collapse, firstly by the Mukti Bahini and finally by the Indian forces, the West Pakistani troops in Dhaka, aided by their killer militias,   launched yet another brutal campaign to annihilate the leading secular Bengali intellectuals.  Over 900 professors and intellectual figures were picked up from their houses and workplaces, killed and buried in mass graves near the edge of Dhaka.

The Pakistani military still denies the systematic killings on the eve of their surrender although there are numerous accounts of witness and the proximity of the event to the end of the war made covering it up virtually impossible. The Liberation War Museum in Dhaka and hosts of other institutions, in the country and abroad, preserve numerous documents. The vicious attack on the intelligentsia was undoubtedly an attempt to cripple the new nation by destroying its intellectual infrastructure. A confession of a Pakistani soldier says:  “…… we were told to kill the Hindus and Kafirs. One day in June, we cordoned a village and were ordered to kill the Kafirs in that area. We found all the village women reciting from the Holy Quran, and the men holding special congregational prayers seeking God’s mercy. But they were unlucky. Our commanding officer ordered us not to waste any time.”

The Bangladesh Liberation war highlights the myriad ways in which identity, politics and mass violence converge, even within a singular conflict. The political and ideological circumstances that led to the breaking up of Pakistan were conducive to religious and ethnic genocide. The mass violence that occurred in 1971, certainly had profound effects on many layers of society. The effects of Pakistan army’s genocidal campaign were placed into the historical timeline of social movements not only in Bangladesh, but in the broader Asian context.