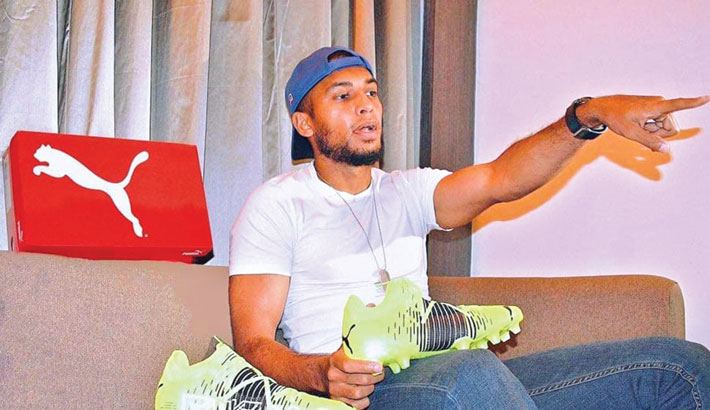 Bangladesh national football team skipper Jamal Bhuiyan said that he is eyeing to utilise the I-League experience with Kolkata Mohammedan Sporting Club in the national team during the upcoming Nepal Tri-Nation Tournament.

“Overall, it has been a good experience. When I came, it was very hard for me because I was contracted with coronavirus, the team was new and we didn’t practice much together. But after some time, I felt it is a very good group, I'm proud to be here,” Jamal told the reporters during a pre-match press conference of Kolkata Mohammedan.

According to the contract, Jamal was expected to return to Saif SC before the second phase of BPL in April. But the 30-year-old is leaving the Indian side with two matches in hand as Bangladesh national team got a new mission in Nepal.

Jamal played a total of 11 matches for Kolkata Mohammedan in the ongoing season. He also felt that good Bangladeshi players should get more chances to play in Indian football leagues.

“If Bangladeshi players are good enough, then they should get more chances to play here. It doesn’t matter which nationality you have if you are a good player. I can’t say what the future holds. If I get the opportunity to play in India again, then why not?” he added.

Jamal will play his last match for Kolkata Mohammedan against Churchill Brothers SC today at Kalyani Municipal Stadium. Before his departure, the Danish-born Bangladeshi thanked his teammates, coaching staff and club management.