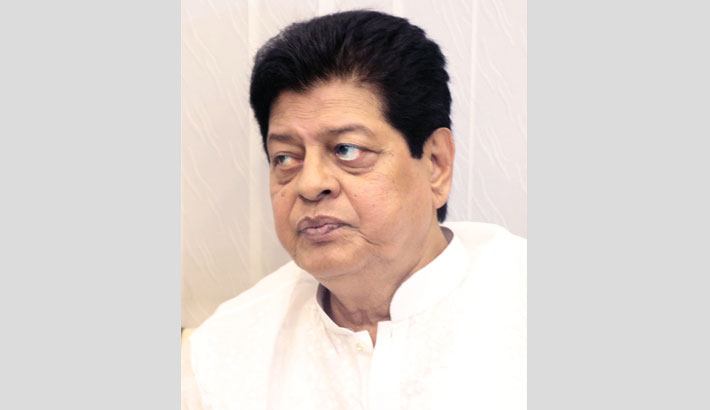 The health condition of legendary actor and parliamentary member Akbar Hossain Pathan, popularly known as Farooque, who is undergoing treatment in Singapore, is stable, according to his son, reports UNB.

“My father has been receiving treatment at Mount Elizabeth Hospital in Singapore for Tuberculosis (TB) problem. Doctors detected TB –related extra infection in his blood. But his condition is very stable,” said his son Rowshan Hossain Pathan Shorot.

He is now under the supervision of Doctors at a cabin of the hospital, he said.

Shorot bemoaned that a section of media wrongly reported that his father was shifted to ICU of the hospital as his condition deteriorated. It is not true. “One of my cousin sisters gave the media wrong information due to miscommunication,” he said.

Mohammad Kajal, Personal Secretary to Farooque , told reporters that the lawmaker was suffering from Tuberculosis (TB) and he went to Singapore six months ago for treatment.

The actor went to Singapore again Thursday last for follow up treatment.

Actor Farooque, who is also a freedom fighter, film producer and businessman, was elected MP from Dhaka-17 constituency in last National Election.