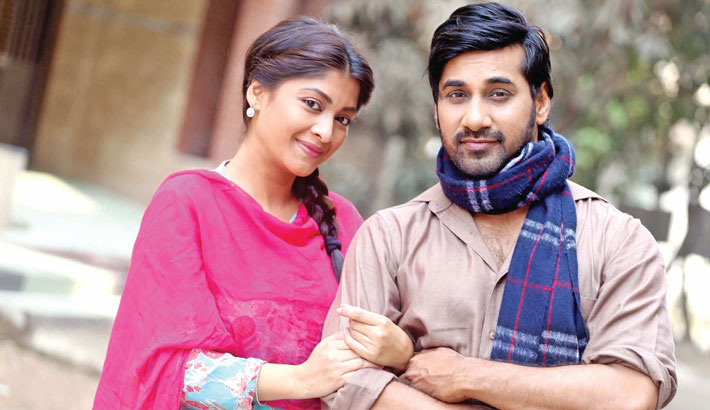 Abdun Noor Sajal and Sarika Sabrin are two popular faces on the small screen. The duo has presented a good number of dramas to the audience. Now, the viewers will see them in a new play titled ‘Kagojer Manus’.

Md. Rabiul Shikder has written and directed the television play. The shooting of the drama took place at different locations in the capital’s Uttara area last week.

About the drama, director Rabiul said, “The story of the play is about two families who are struggling for their survival. Through the drama, I have depicted the reality of lower-income families in the society.”

Sajal said, “Before this drama, I have worked in many dramas under the direction of Rabi. Rabi always makes dramas with utmost care. His all dramas are life-oriented. The story of ‘Kagojer Manus’ is amazing. I have tried my level best to portray myself according to the characters. I’m very hopeful about the drama.”

Sarika said, “Actually, I have worked in the drama only for its story.  Rabi is a talented director.  I’m very happy that I have acted under his direction. Sajal bhai also helped me very much while acting in the drama.  I hope, the audience will enjoy our acting in the play.”