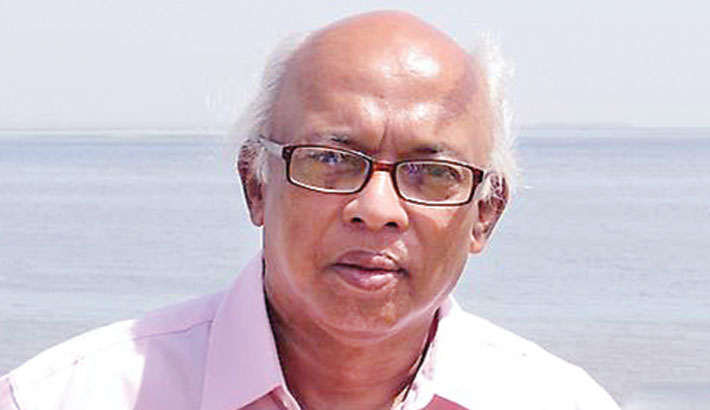 Our sense of history, in order for us to understand the workings of the forces of history, takes us back to the stories of all those Bengalis who happened to be in the corridors of power or around it in pre-1971 Pakistan and post-1971 Bangladesh. Two weeks ago, we focused on a few such Bengalis. Two weeks later, we throw light on a few others who, rooted in Bangladesh --- or East Bengal/East Pakistan as it used to be --- are today, for better or worse, linked to the historical narrative in our part of the world.

We begin with the three political giants whose remains lie side by side at the mausoleum in Dhaka. In an earlier era, Sher-e-Bangla AK Fazlul Huq, Khwaja Nazimuddin and Huseyn Shaheed Suhrawardy dominated politics in Bengal through their political dynamism and differences of opinion as also in their roles in the creation of Pakistan and in the years immediately after the partition of India. All three men were Prime Ministers of Bengal in British colonial times; all three of them, in the run-up to partition, played pivotal roles in the All-India Muslim League.

Post-partition, Khwaja Nazimuddin served as Governor-General of Pakistan after the death of Mohammad Ali Jinnah in September 1948 before taking over as Prime Minister following the assassination of Liaquat Ali Khan in October 1951. In the mid-1960s, Nazimuddin was part of the Combined Opposition Parties (COP) which put up Fatima Jinnah as its presidential candidate at the election of January 1965. Nazimuddin died in October 1964, nearly three months before the election.

Sher-e-Bangla served, in Pakistan, as its advocate general. More prominently, he led the United Front to a landslide victory against the ruling Muslim League at the provincial elections in East Bengal in March 1954. The new ministry led by Chief Minister Fazlul Huq was dismissed under Section 92-A by the central government based in Karachi two months later. Subsequently Huq was to serve as interior minister in Pakistan’s central government before moving on to the governorship of East Pakistan. His term as governor came to an end in April 1958. Sher-e-Bangla passed away in April 1962. 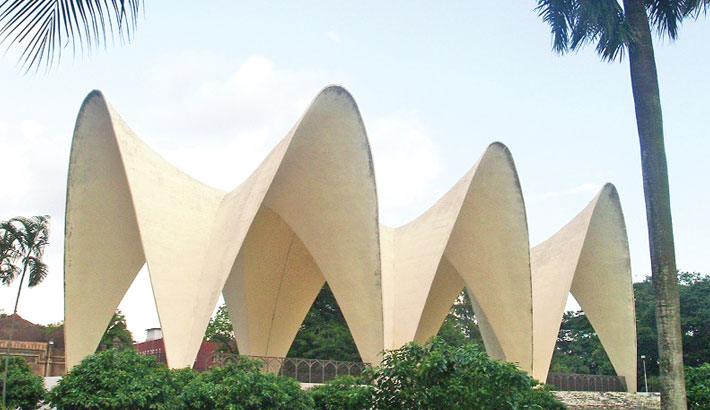 Huseyn Shaheed Suhrawardy, whose term as Prime Minister of Bengal coincided with the final phase of the struggle for Pakistan between 1946 and 1947, would be one of the founders of the Awami Muslim League in Pakistan. He would serve as Law Minister of Pakistan before holding office for a year as the country’s Prime Minister. Following the imposition of martial law in October 1958, Suhrawardy was arrested by the Ayub Khan regime, but prior to his arrest he played an instrumental role in the formation of the opposition National Democratic Front (NDF). Suhrawardy travelled to Beirut after his release, where he passed away in December 1963.

One of the more prominent Bengalis to serve in Pakistan’s central government was Fazlur Rahman. He held the portfolios of commerce and education, in that order, in the early years of Pakistan. The reputed personality that he was, Abul Mansur Ahmed --- politician, journalist, writer --- served as a minister in the Awami League-Republican government of Prime Minister Suhrawardy in the later 1950s. A principal figure behind the formulation of the 21-point programme of the United Front in 1954, in the central cabinet he held the portfolios of commerce and industries.

Kazi Anwarul Haq, once a senior police official, was a minister in the cabinet of Field Marshal Mohammad Ayub Khan. In the years after Pakistan’s break-up and Bangladesh’s emergence as an independent state, Haq became an advisor and minister in the regime of Bangladesh’s first military ruler, General Ziaur Rahman. In retirement, he penned his memoirs, which appeared as ‘Under Three Flags’, reflections on his public service under the British Raj and then in Pakistan and Bangladesh. Abdul Monem Khan, who replaced Ghulam Faruq as Governor of East Pakistan in 1962, served prior to that as Minister for Health, Labour and Social Welfare in the government of Ayub Khan. Wahiduzzaman, a politician from Faridpur, was inducted in the Ayub Khan cabinet as Minister for Commerce and was in office till the fall of the regime.

Justice Abdus Sattar, who was Bangladesh’s Vice President under President Ziaur Rahman, served as the country’s acting President in the aftermath of Zia’s assassination in May 1981. Elected President in his own right, through defeating the Awami League’s Kamal Hossain, in November 1981, he was overthrown by army chief General Hussein Muhammad Ershad in a coup d’etat on 24 March 1982. Justice Sattar, who was stranded in Pakistan after Bangladesh’s liberation in December 1971, remains known and acclaimed for his role as Pakistan’s Chief Election Commissioner. It was on his watch that Pakistan’s first general election took place in December 1970.

Another individual with roots in Bangladesh and serving in pre-1971 Pakistan was Lt. General Khwaja Wasiuddin. A respected officer in the Pakistan army, Wasiuddin nevertheless remained grounded in West Pakistan during the 1971 Bangladesh war. Opting to come back home to Bangladesh, he returned to Dhaka in 1973, where he was received at the airport by General MAG Osmany, at that point a minister in Bangabandhu’s cabinet. Wasiuddin, the son of Khwaja Shahabuddin and nephew of Khwaja Nazimuddin, was appointed Bangladesh’s ambassador to Kuwait. He later served as the country’s ambassador to France.

Abul Kashem Khan, popularly known as A.K. Khan, was a leading industrialist in Pakistan’s eastern province until the emergence of Bangladesh. Khan served as Minister for Industries, Irrigation, Power and Mineral Resources in the Ayub Khan government between 1958 and 1962. He played a leading role in drafting the announcement read out by Major Ziaur Rahman on behalf of Bangabandhu Sheikh Mujibur Rahman on Free Bengal Radio on 27 March 1971. In the 1950s, A. Zahiruddin, an Awami League politician, served as Pakistan’s Minister for Education and Health. In 1976, Zahiruddin was appointed Bangladesh’s first ambassador to Pakistan by the Sayem-Zia government. Conversely, M. Khurshid, a leader of the erstwhile West Pakistan branch of the Awami League, was sent to Dhaka as Pakistan’s first ambassador in Bangladesh.

Abul Fateh and Khwaja Mohammad Kaiser have been among the diplomats with roots in Bangladesh who served, pre-1971, as Pakistan’s ambassadors abroad and, post-1971, as ambassadors overseas for Bangladesh. On a different note, Iqbal Athar, a senior Pakistani diplomat horrified by the atrocities carried out by the Pakistan army in Bangladesh in 1971, switched his allegiance to Bangladesh and after 1971 served as Bangladesh’s ambassador abroad.

And thus these stories, constituting the fabric of history, are remembered --- in the interest of research. History is as much a tale of the present and a chronicle of the future as it is a recapitulation of things past.