Those who distort history are miscreants: Hasan 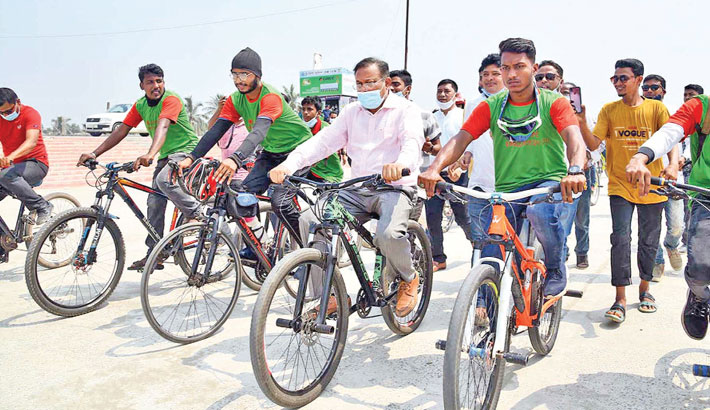 “I hope that all the parties, including BNP, which have made these mistakes for so long, will come out of those mistakes, at the time of this golden jubilee of independence. We hope that they would accept the truth, accept the history during the birth centenary of Bangabandhu,” he added.

He was speaking as the chief guest at the opening ceremony of cycle lane on City Outer Ring Road, organized by Chattogram Development Authority (CDA) at Patenga Sea Beach point in the city.

Dr. Hasan Mahmud said BNP has not been able to come out of its decades-old habit of distorting history, even after celebrating March 7.

“A few days ago, we celebrated March 7, the day that Father of the Nation Bangabandhu Sheikh Mujibur Rahman called for independence,” added the minister.

Dr. Hasan said after Bangabandhu’s speech, Pakistan’s intelligence agency reported that Sheikh Mujib had in fact declared the independence of the East Pakistan.

But he could not be accused of declaring independence due to his strategic words, he added.

He said when Bangabandhu had declared independence in such a way that the people of the country realized what to do. Then everyone came down to the field with the slogan, “Make bamboo sticks, make Bangladesh independent”. But the Pakistanis did not understand that, even if they understood, they could not accuse, he added.

The information minister said that a few years ago, people did not imagine that there would be such a sea-beach at Patenga beach. “It surprised everyone when it was first opened. It is so beautifully decorated in the style of Dubai Sea Beach,” he added.

He said that CDA had been approached from the beginning to have a bicycle lane here.

“I used to run bicycle to and from university while studying abroad. It would be nice if we could have such bicycle lanes in our city routes too,” Hasan added.

He requested CDA to make bicycle lanes in two roads of Chattogram city.