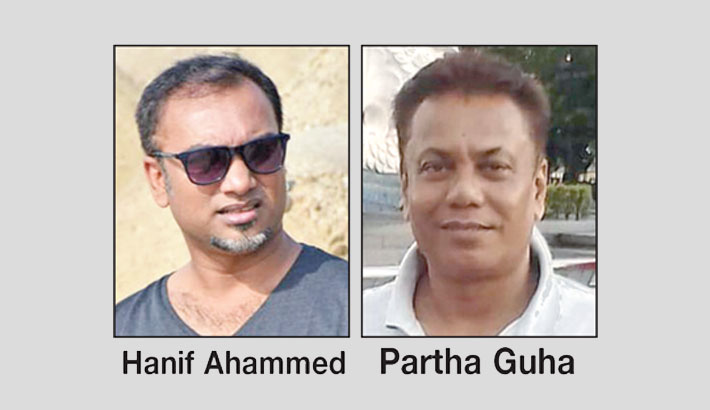 Chattogram: Two musicians were killed and six others injured in a fatal road accident on Dhaka-Chattogram highway at Mirsarai upazila of Chittagong district on Saturday.

The deceased were identified as percussionist Hanif Ahammed and drummer Partha Guha.

The accident occurred in Sonapahar area at 04:30am when a group of musicians, including, Hanif, Partha, Beauty Khan, Nandan Chowdhury, Pappu and Lutfor, were on their way to Cox’s Bazar for a concert.

Police said that a microbus carrying the artistes collided head-on with a lorry coming from the opposite direction.

The injured were rushed to local hospitals for treatment immediately, said the SI.

However, they seized the lorry, though its driver managed to flee the scene.

Injured Beauty and Lutfor were undergoing treatment at the hospital, he said.

Beauty’s husband Rajib Khan told the daily sun at the CMCH that the group of singers and musicians used to perform at different programmes in the country.

They also had a programme at a hotel at Cox’s Bazar and were going there by the microbus, he added.

Both Hanif and Partha have played with almost all the renowned singers and musicians in the country in the past two decades. Celebrated musicians, including, Akhi Alamgir, Kona, Oyshee, Elita Karim, Kornia, Muhin and Arfin Rumey, have expressed deep shock on social media over the tragic accident.