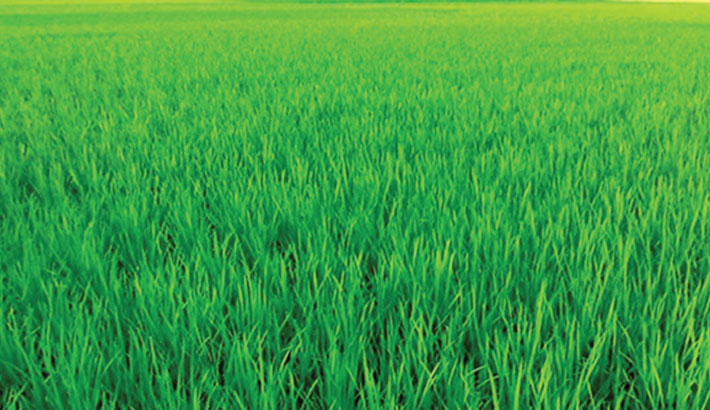 Hybrid and high-yielding varieties of Boro paddy may bring a big smile to the farmers this year as they are expecting a bumper production in the upcoming Boro harvesting season.

Officials of the Department of Agriculture Extension (DEA) said the government has set a target to boost the country’s food stock through the upcoming Boro harvesting.

They said the farmers have cultivated paddy on over 52 lakh hectare of lands this year after being inspired by higher prices of rice.

“Good price of crops have encouraged the farmers to cultivate paddy on more lands,” he said.

The official said that prevailing suitable weather conditions may help get a bumper yield.

“If hailstorm and adverse weather conditions do not affect paddy fields, the target of getting a bumper production will be achieved,’ he said.

At present, the paddy, mostly the Aman, is being sold at Tk 1,300 per maund while it was Tk 1100 during the harvesting time of Aman.

Boro is grown from December to mid-March and harvest goes on from April to June in the country. Boro season fulfils 60 per cent of the country's total rice demand.

Crop losses in the last Aus and Aman season affected the country’s cereal production and stock, increasing rice price and forcing the government to import rice to stabilise the market.

Production of Aman rice will be 1.53 million tonnes less than that of the previous season due to flooding in 35 districts during the June-October period, according to a research of Bangladesh Rice Research Institute (BRRI).

The government food grain stock has declined due to lower procurement from the domestic market, pushing up the price of rice in the country.