Model Sorna to be grilled at jail gate 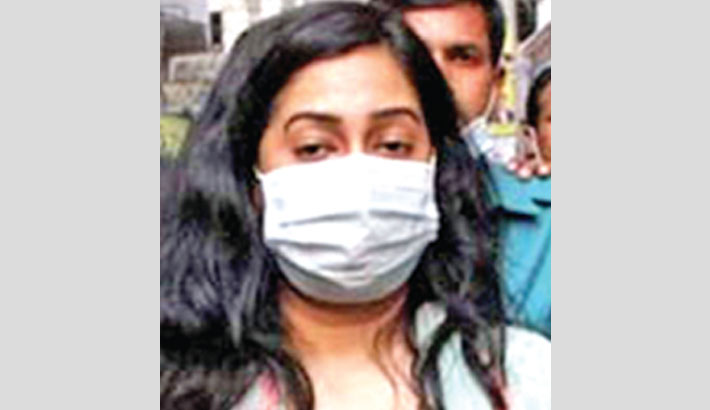 Police arrested Sorna from Lalmatia area in the capital on Thursday evening in a case filed on charge of swindling over Tk 1 crore from an expatriate.

In the lawsuit, the Saudi expatriate accused Sorna of marrying him by deception and swindling more than Tk 1 crore from him on different occasions showing various excuses, the police official added.

Romana Sorna and Kamrul knew each other through Facebook and maintained communication through online, police said.

The IO of the case Inspector Dulal Hossain in a petition sought five days remand for Sorna and her aides.