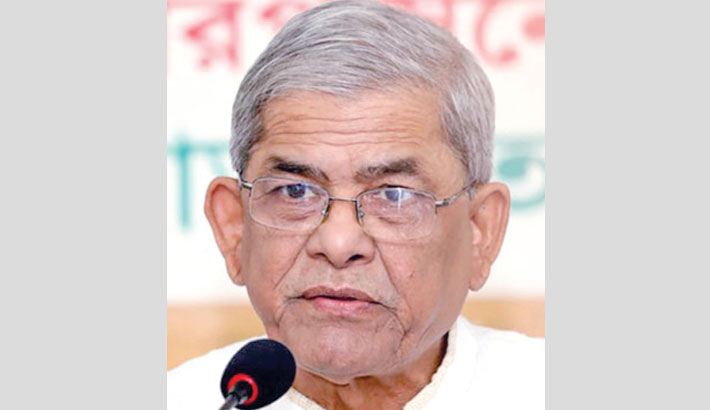 BNP secretary general Mirza Fakhrul Islam Alamgir has raised a question whether there is any difference between the ruling Awami League and the then Pakistani occupying force.

The BNP secretary general made the comments, as the chief guest, while addressing the inaugural session of the national council session of Jatiyatabadi Krishak Dal, front organisation of the party, at Mohanagar Natya Manch in Gulistan of the capital on Friday morning.

Addressing the programme, Mirza Fakhrul asked the government for handing over the power after resigning and arrange fresh general election under a new election commission.

About BNP chairperson Khaleda Zia, he said though she is not house-arrest as she is not allowed to go abroad for treatment.

Besides, Fakhrul also demanded release of the party leaders and activists including Khaleda Zia and withdrawal of their cases filed against them including the party acting chairman Tarique Rahman.