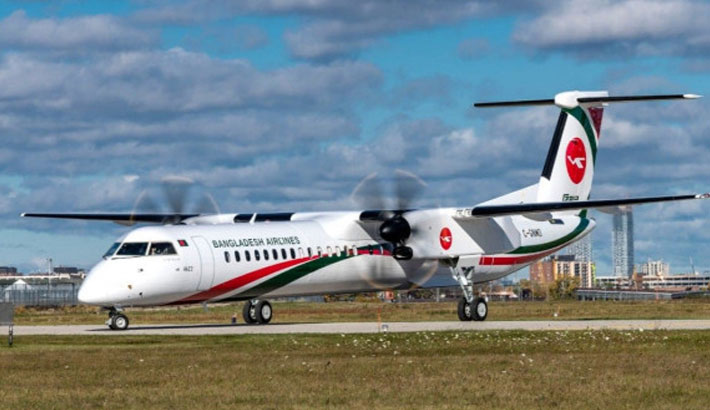 The Prime Minister will inaugurate the second and third Dash 8-400 aircrafts virtually at the VIP Terminal of Hazrat Shahjalal International Airport, said a press release of Biman Bangladesh Airlines.

The Dash-8 aircraft were purchased on a government-to-government deal from Canada.

It is equipped with eco-friendly and advanced facilities like HEPA filter technology that completely purifies the air inside the aircraft in just four minutes.

These three brand new aircraft have been added to Biman’s fleet to expand its operation in short range including domestic and South Asian destinations.