Minhajul wants Test cricketers to play NCL one round 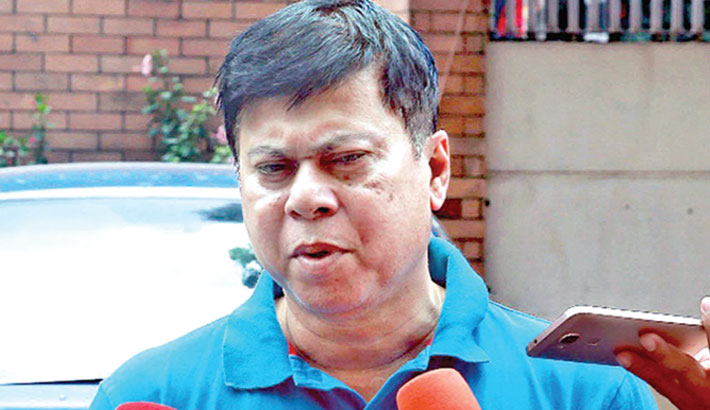 Bangladesh chief selector Minhajul Abedin expected that national cricketers who are now in New Zealand will feature at least one match of the upcoming National Cricket League ahead of their Test tour of Sri Lanka.

Minhajul on Thursday completed forming eight teams with each team having 18 players with the help of the respective team captains and coaches.

“The cricketers who are included in the Bangladesh Test squad will be able to play two rounds, as the third round will start from April 5,” Minhajul told reporters.

“We are having a discussion regarding the players that are currently in the New Zealand squad and to utilise their service in at least one round before the Sri Lanka series,” he added.

However, the possibility largely depends on the cricketers and the members of the team management as their assignment in New Zealand will be over in New Zealand on April 1 while the third round game of NCL is scheduled on April 5.

A majority of Bangladesh Test team cricketers are currently in New Zealand to play three ODIs and three T20Is, scheduled to get underway on March 20.

Minhajul said that they are expecting a competitive NCL this year and will be looking to see how the cricketers perform in the longer format game.

Bangladesh conceded embarrassment by West Indies second-string team when the visitors handed them a 2-0 defeat in their last two-match Test series.

The lack of longer-version matches seemed to be one of the major reasons behind Tigers’ ordinary show against the visitors and Minhajul insisted on playing first-class matches in good wickets to prepare better for the Tests.

“The longer version of domestic cricket should be competitive and we are keeping a close eye on it so that we can ensure the best outcome with all kinds of opportunities provided to the cricketers,” he said.

“We are demanding a good wicket to play on as there has been no cricket for all-most a full year and it would be quite a new beginning for all the wickets in our bank.

“The wickets should be challenging as no match was played on them for about a full-year and they should be quite fresh,” he added.

The 22nd edition of NCL is scheduled from March 22 but the fate of the tournament largely depends on the vaccination programme on domestic cricketers.