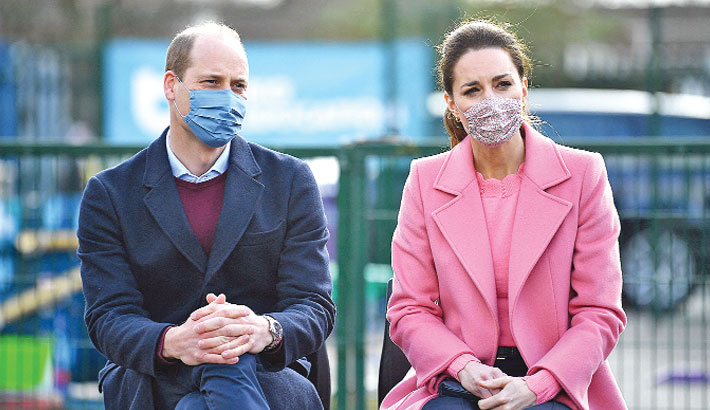 LONDON: The Duke of Cambridge Prince William on Thursday defended the British royal family after his younger brother Harry and wife Meghan accused them of racism in a bombshell interview watched around the world, reports AFP.

"We're very much not a racist family," William said in his first comments following accusations by the Duke and Duchess of Sussex in a TV interview during a visit to a London school. Prince William said he had not yet spoken to his brother but will do so. Buckingham Palace said on Tuesday the claim a Royal Family member questioned the Sussexes'

The matter will be addressed privately.

In a statement, the Palace said "recollections may vary" but that the Sussexes would "always be much loved family members", reports BBC.

In the TV interview, Meghan told Oprah Winfrey that Prince Harry had been asked by an unnamed family member "how dark" their son Archie's skin might be.

Prince Harry later clarified to Oprah that the comments were not made by either the Queen or the Duke of Edinburgh.

As he departed a school in Stratford alongside his wife the Duchess of Cambridge on Thursday, Prince William was asked by a reporter: "Is the royal family a racist family, sir?"

The duke replied: "We're very much not a racist family."

Asked whether he had spoken to Prince Harry since the Oprah interview, Prince William said: "No, I haven't spoken to him yet but I will do."