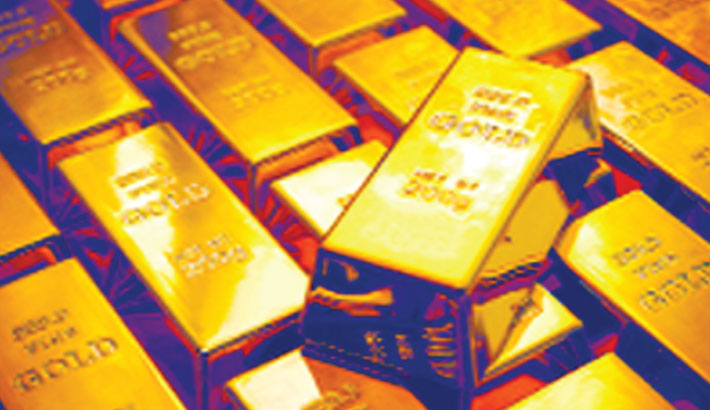 Gold prices have again dropped in Bangladesh’s domestic market following the falls in the global markets.

Bangladesh Jewellers Samity (BAJUS) on Wednesday revised the prices reducing Tk2,041 per bhori (11.664 grams) for all categories of gold from Wednesday.

In the current fiscal year, BAJUS has reduced the prices of gold by Tk5,540 so far in three separate announcements.

A press release signed by BAJUS president Enamul Haque Khan and general secretary Dilip Kumar Agarwala on Tuesday night said the price of 22-carat gold would be Tk69,109 per bhori from Wednesday. Until Tuesday, this quality of gold was sold at Tk71, 151 per bhori.

Besides, the traditional gold was sold at Tk 46,889 per bhori on Wednesday which was sold at Tk48, 930 on Tuesday. The price has also fallen by Tk2041 per bhori.

Although the price of gold has come down, the pre-determined price of silver has remained unchanged.