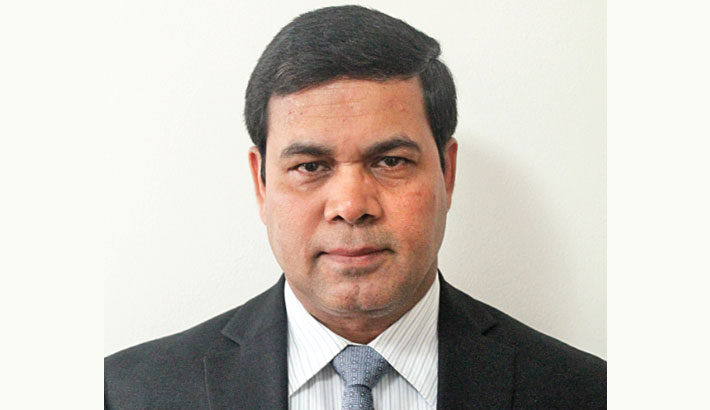 Discrimination towards women is also a common factor in our country. It is an undeniable fact that empowering women has tremendously developed in the recent past in our country. The trend of empowering women has made tangible progress under direct encouragement and direction of Prime Minister Sheikh Hasina. Now many high officials are appointed from women. Prime Minister, Opposition Leader, Speaker of Parliament, Minister, Justice, Secretary, Vice Chancellor, high profile Police Officers, Generals in Army, Bank mandarins and many other ranks and profiles have been honoured by women in our country. Perhaps Bangladesh is the only country in the world where Prime Minister, Speaker of the Parliament and Opposition Leader are women and such exemplary instances cannot be found in any other country of the world. All of these are undoubtedly tangible improvement, yet the rampant discrimination towards women in all segments of the society persists in our country. The degree of discrimination is different in the different segments of the society and one discriminatory treatment is blatantly found in the succession right of Hindu women.

According to Hindu inheritance law, women are not entitled to share their fathers’ property as only sons are legitimate heirs of the fathers. After the death of a father, his property and assets are appropriated among the sons and if there is no son, brother’s son will get share but his own daughter will not get any part. This is purely a discriminatory treatment towards Hindu women which has been prevailing in our country over centuries and is still valid. It is more ironical that women do not own any share of her husband’s property after death. After husband’s death, his property and asset are distributed among the sons or his brothers’ sons in absence of his sons but not his survived wife. This is such a black law what leaves Hindu woman nowhere in the world as she neither receives any share of her father’s property nor her husband’s property. In support of this discriminatory law, some people come up with biased argument that woman is fully entitled to her mother’s property where sons do not have any share as per Hindi inheritance law. This is a kind of baseless argument in a sense that as per existing Hindu inheritance law, woman has no scope of owning property as she is not legitimate heir of her father or her husband; so nothing is technically left after the death of women to be distributed among her daughters. This provision of Hindu inheritance law will only apply when woman possesses property in her own name by dint of her own income, which is a very unlikely situation in our country as the scope of women’s earning is very limited. Even if woman earns any income that goes to the hand of husband who is known as legal guardian of the family, so he manages every financial matter including acquisition of wealth mostly in his own name. Nevertheless, this is also considered as a discriminatory treatment and as such against natural justice because all children must get equitable share of their parent’s property. Some people, however, blame dowry system in Hindu community for this discriminatory treatment towards Hindu women as giving dowry in daughter’s marriage is an open-secret practice in our society. This is also a baseless argument because dowry is an illegal practice, which should not be referred to deprive any person’s legal right. Moreover, dowry is given by only those fathers who are financially solvent and have the ability to pay this dowry whereas, legal right applies to all people irrespective of having means or not.

As per Muslim law in Bangladesh, woman has due share of the property of her husband as well as her father, whereas Hindu woman has no share of the property of her husband or her father. Being the citizen of the same country, why differential legal treatment should continue to prevail in the country? Even the Hindu dominated country India has also amended Hindu inheritance law ensuring women’s right to her due share to the property of her husband and her father. Unfortunately, no initiative has so far been taken in our country to amend Hindu inheritance law to establish woman as legal heir of her father and husband. Although off late, a breakthrough has come with recent verdict from the High Court wherein the court judgment has directed that Hindu woman must get share of her husband’s property. This is of course, the beginning of ensuring Hindu women’s equitable right. Although court judgment is considered as case law binding for all but its applicability is hardly found in resolving practical problem.

Therefore, amendment to Hindu inheritance law is essential to remove this long-standing discriminatory treatment of Hindu women and thus ensure their legitimate right in the property of husband or father. This will also bring about consistency in inheriting property by women community regardless of their religion.  The present govt. has undergone massive legal reforms by amending / enacting new lows in many areas and even established rule of laws by repealing black laws. So, we believe and hope that our present government, especially Law Ministry will actively consider this issue and as such will come up with the initiative to amend Hindu inheritance.