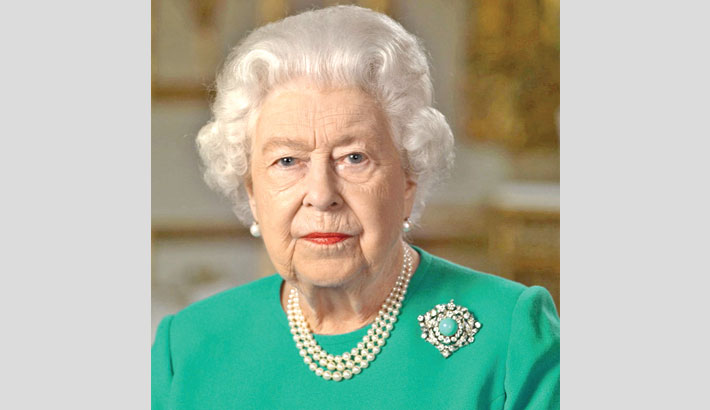 LONDON: The Queen has sought to draw a line under damaging racism claims made by the Duke and Duchess of Sussex, saying that issues will be dealt with “privately” by the royal family, reports The Guardian.

The monarch expressed her “concern” over allegations of racism and her sadness on learning exactly how challenging the couple had found life as working royals, though she said some recollections of events differed.

Buckingham Palace finally broke its silence on Tuesday evening over the claims made by Meghan and Harry in an interview with Oprah Winfrey. Meghan revealed she was left feeling suicidal, while the couple said a member of the royal household had asked about about how dark their unborn son’s skin would be.

After growing pressure to respond, a short statement issued on behalf of the Queen read: “The whole family is saddened to learn the full extent of how challenging the last few years have been for Harry and Meghan. The issues raised, particularly that of race, are concerning. While some recollections may vary, they are taken very seriously and will be addressed by the family privately.

“Harry, Meghan and Archie will always be much-loved family members.”The statement followed two days of crisis talks among senior royals and palace aides over how best to handle the very public fallout from the interview.

Buckingham Palace had no advance warning of what the couple had said before the broadcast on CBS in the early hours of Monday, which was watched by more than 11 million UK viewers on Monday night, taking its transatlantic audience to almost 30 million.

The couple’s allegations, particularly on race and mental health issues, led to calls for an investigation by the palace. The palace statement indicates the Queen favours private engagement with the couple as the best way forward.

The couple agreed to the Winfrey interview in order to share “their truth”. The wording of the Queen’s statement indicates other members of the royal family may have different truths, but there is no hint of criticism of the couple in it.

It is unclear which issues the Queen is referring to when she says “recollections may vary” but it could refer to remarks over Archie’s skin colour, or, perhaps, the fact the couple believed protocol was to be changed to deny their son the automatic title of prince when Charles accedes the throne.

The Queen stressed her affection for the couple, with warm affirmation that they would remain “much-loved” members of her family, as she has done in all her official statements on the subject of their departure as working royals.