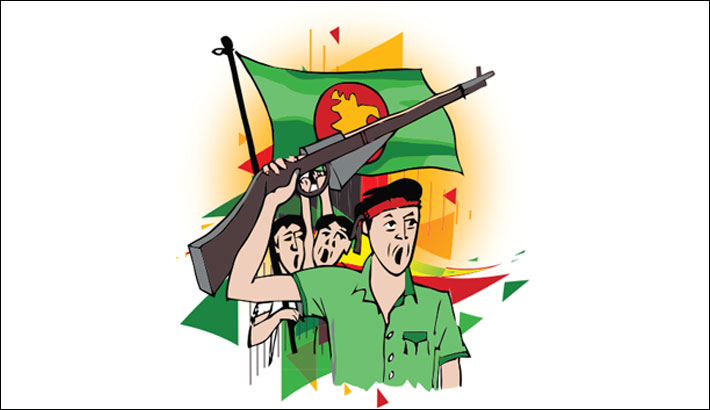 There were governor, and government offices and officials to run the country, but nothing was happening in East Pakistan without the approval of Bangabandhu Sheikh Mujibur Rahman.

The non-cooperation movement gained momentum and everyone was following the instructions given by Awami League.

On March 11, 1971, a foreign journalist asked why he was challenging the authority of the Pakistan government.

In a reply, Bangabandhu said, “What do you mean by government? I am the government.”

Many government officials, including High Court judges, secretaries and other employees in East Pakistan, started quitting their jobs.

The army in East Pakistan was struggling to get daily necessities as agitated people put up barriers on their way.

In Sylhet, a convoy supplying rations was intercepted by local people on the day.

On March 11, while addressing a public rally at Bindubashini High School in Tangail, National Awami Party (NAP) leader Maulana Abdul Hamid Khan Bhashani reaffirmed his support for the activists of the ongoing movement.

He said Sheikh Mujib is the leader of seven and a half crore people and called the people to follow his instructions.

Bhashani also said that there is no alternative to remaining united to fight and achieve the goal.

In Dhaka, Awami League General Secretary Tajuddin Ahmed thanked the people of East Pakistan for following the instructions given by Bangabandhu and making the movement a success.

That night, the Pakistan Army released its 114th military order and said if any civilian, willingly or unwillingly, destroyed government property or created barriers on the path of the military personnel, they will be punished according to the law.

From this day, Pakistan International Airlines cancelled most of its international flights, and almost all available aircraft were used to bring ‘Government Passengers’ to Dhaka.

These ‘Government Passengers’ were actually troops in civilian clothes.

In Rawalpindi, the army establishment was controlled by an influential group of insensible and blood-thirsty officers.

President Yahya Khan openly told them that force would be used against any move for separation.

However, the Bangalees knew it well and they began taking preparations.