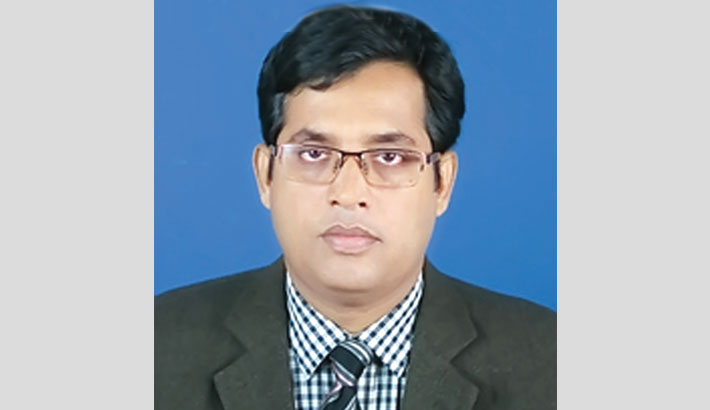 The year 2021 carries particular importance in Bangladesh's history as the nation is set to celebrate the birth centenary of its Father of the Nation Bangabandhu Sheikh Mujibur Rahman and the golden jubilee of the country's independence. The UN CDP's decision to recommend Bangladesh, favouring its graduation in developing countries based on the UNCTAD and a position paper on Bangladesh's economic vulnerability profile following the Covid-19 fallout, has been found to be an event to triumphant in this eventful year. Three graduation prerequisite conditions: per capita income, position in the human development index, and economic vulnerability index were successfully met.

The threshold of per capita income was set to US$ 1,230. However, during the review, the country's per capita income was US$ 1827, much higher than the threshold. A graduating country needs 66 points in the human development index, while Bangladesh had earned 75.3 points when the review was conducted. Besides, a country must stay under 32 points in the economic vulnerability index for graduation. During the review, the nation has gained 25.2 points. In addition to these attainments, the country's poverty rate has reduced dramatically from 40% in 2005 to 20.5% in 2019. Therefore, the people of Bangladesh must cheer the news of recommendation for the country's graduation to a developing country.

The country's journey that started in the hand of the Father of the nation in 1971 was disrupted at different times due to military interventions. Even after the restoration of democracy in 1991, the journey got shuttered for the second time, when a military-backed caretaker government seized the power in 2007. However, the country's rebuilding started again by the Awami League government led by Sheikh Hasina in 2009 through a landslide victory in the 2008 general election. Since then, the government has been administering the country in the right direction.

No one could deny that a massive development has taken place in the country in the past decade. Per capita income grew sharply, with different mega projects, including the Padma Bridge, elevated expressway, metro rail and tunnel under the Karnaphuli river, have been nearing completion. The foreign currency reserve has outnumbered all-time records. The country's export-oriented sector, including garments and apparel industries, has experienced a significant boost in the last decade. The country has attained self-sufficiency in food grain production. Even we are producing enough fishes and meats to meet the demands of the protein of the countrymen. Therefore, it can be stated that the country has attained comprehensive development over the decade.

Apart from these attainments, the government has also succeeded enormously in maintaining economic momentum, even under the pandemic's economic downturn. While most giant economies strive to stabilise the economy our government has performed exceptionally well in managing the health and economic catastrophes of the pandemic. Therefore, despite the apprehension of different international organisations regarding the potential adverse effects of the Covid-19 pandemic on the Bangladeshi economy, the country could overcome the challenges. The government has also demonstrated its credibility in implementing one of the world's most extensive economic incentive packages worthy of TK one lac and twenty-one thousand cores to support the economy during the pandemic. Sheikh Hasina has also shown her diplomatic and leadership capacity to manage adequate doses of vaccine for the countrymen in such a time when around 130 countries are still struggling to obtain vaccines for their citizens. Sheikh Hasina has been named one of the top three inspirational women leaders in the Commonwealth as an appreciation of her exceptional leadership during the Covid-19 pandemic management. It is a fresh delight that we could applaud. Earlier, Bangladesh was proclaimed as a success story of the Covid-19 pandemic management by WHO Director-General. These honours have been bestowed upon her due to her credible leadership.

A pertinent question is what has helped the country to qualify to graduate to a developing country in due time? The first factor is the government's continuity that has helped the government to shape and implement its programmes at its will. In view of the country's contentious political culture, it can be concluded that development's pace gets interrupted through a changeover in the government every five years. That is why three consecutive terms in state power have allowed the prime minister to work according to her plan. The UN CDP's recommendation in favour of Bangladesh's graduation is an outcome of the government's unflagging efforts in the last decade.

The second factor is the prudent leadership of Sheikh Hasina, who implemented the right decisions at the right time to keep the momentum of economic growth and development intact. For instance, when the World Bank decided to withdraw funding in the Padma bridge project based on an imaginary corruption allegation, most national and international actors, including the mass people, were doubtful about the bridge's future. However, our prime minister remained firm on her decision to build the bridge on its financing, which has become a reality with the setting up of 41 spans on the bridge's pillars.

Along with the continuity and prudent leadership, secularism's resilience has also played an indispensable role in the attainments of the country's golden decade of development. Several governments tried to erase secularism from the Constitution of Bangladesh. However, it was again reinstated in the Constitution by the present government. Of course, there are some criticisms in this respect. However, we cannot deny the importance of secularism resilience in attaining the golden decade of Bangladesh's development.

Therefore, the UN CDP's recommendation favouring Bangladesh's graduation from LDC is an excellent gift for us in the golden jubilee of our independence. The prime minister deserves special thanks and appreciation for her assiduous efforts to attain a developing country's status and an upper-middle income country by 2031 and a developed country by 2041. When the country has attained its success in different sectors, many national and international conspirators have been trying to castigate the prime minister's credibility and the government, airing different rumours, mostly using social media. The positive news is that their attempts have achieved no success and proved flawed on most occasions. Therefore, we all should extend our cooperation to the prime minister to attain all of her goals concerning Bangladesh's development.