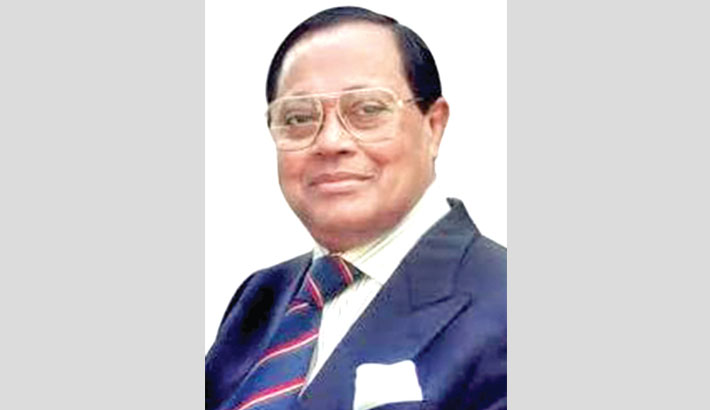 Moudud Ahmed is now undergoing treatment at Mount Elizabeth Hospital in Singapore where his health condition has deteriorated as infection in his lung has been detected, BNP sources said.

The BNP leader has been suffering from various

health complications while permanent pacemaker is implanted in his heart.

Earlier on February 1, he left Dhaka for Singapore for advanced treatment. There he was admitted to the Mount Elizabeth Hospital on the following day.

Hasna Jasimuddin, wife of Moudud Ahmed, has been accompanying him in Singapore.

Quoting Hasna Moudud, a BNP leader said she requested the countrymen to pray for her husband’s quick recovery.

Earlier on December 30 last year, he was admitted to Evercare Hospital in Dhaka as he had fallen ill due to low level of haemoglobin.

He also suffered a mild stroke while undergoing treatment at the hospital.

On January 7, a permanent pacemaker was implanted in his heart.

A pacemaker is a small, battery-operated device which senses when one's heart is beating irregularly or too slowly and sends a signal to ensure the heart beats at the correct pace.

Moudud Ahmed is one of the founding members of the BNP.

He joined Jatiya Party in 1985 and served as prime minister and vice president in military ruler HM Ershad’s government.

After the fall of Ershad, Moudud returned to BNP in 1996 and he was made law minister in Khaleda Zia's government in 2001.

His wife Hasna Moudud is the daughter of famous poet Jasimuddin.