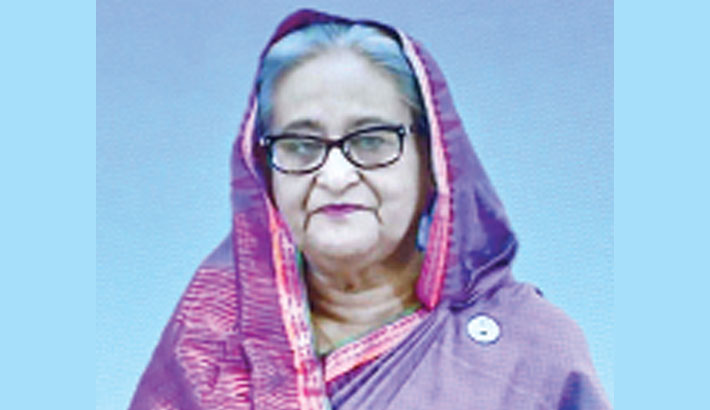 Prime Minister Sheikh Hasina on Tuesday said political boundaries should not become physical barriers to trade as inter-regional trade is far below its potential in South Asia.

“We’re in a region which has remained conservative in opening up and where inter-regional trade is far below its potential. I believe political boundaries shouldn’t become physical barriers to trade,” she said.

The Prime Minister made the remarks in a video message marking the inauguration of Maitri Setu (Friendship Bridge) over Feni River, virtually with Indian Prime Minister Narendra Modi, reports UNB.

The 1.9-km Maitri Bridge connected Tripura of India with Ramgarh of Bangladesh.

“We expect the framework we are inaugurating today will also help Bangladesh to trade in a smoother way not only with India, but also with Nepal and Bhutan,” Sheikh Hasina said.

Hasina said this is a historic moment undoubtedly! “We’re creating a new era in South Asia through providing connectivity to India. I think the Maitri Setu will not only create connectivity between our two countries, but will also play a significant role in business-trade and economic development.”

The event is taking place at a time when we are celebrating the birth centenary of Father of the Nation Bangabandhu Sheikh Mujibur Rahman, the Golden Jubilee of Bangladesh’s Independence and the 50th year of Bangladesh-India diplomatic relations, she added.

“The Feni Moitree Shetu is expected to significantly improve the socio-economic condition of the people of Tripura and surrounding North Eastern states of India. We hope it’ll also contribute towards improving the livelihoods of those living on the Bangladesh side of the bridge,” she said.

She said Bangladesh’s growth trajectory, along with its geographic location, makes it an extremely attractive neighbour in South Asia. “As one of the leaders in the global textile industry, we’ve carved a distinct path for ourselves and the country has become a favoured destination for foreign investment.”

Hasina said Bangladesh is ready to maximise its locational advantage as a connectivity hub between South and South East Asia. “We believe the cross-border transport systems that Bangladesh is developing with India is an important step in this regard and will enable us to play an important role in regional trade and commerce,” she said.

The Bangladesh Prime Minister said the opening of the Feni bridge is a testimony to the Bangladesh government’s continued commitment to support neighboring India in strengthening connectivity in the region, particularly for the North-East of India.

In 2010, the then Chief Minister of Tripura placed a proposal before the Bangladesh Prime Minister to build a bridge over the Feni River.

He pointed out that the bridge is very important to the business community of India’s North-East region for using the Chattogram seaport. Bangladesh considered the request positively. Since then, the government of Bangladesh has extended all necessary support to the Indian side for construction of the bridge.

“Ten years later, today, the bridge is a reality. This bridge will be a trading lifeline for the North East of India,” she said adding that Bangladesh has already allowed the use of Chattogram and Mongla ports for the movement of goods to and from India.

Now, with the opening of Feni bridge, the movement of goods between West Bengal and the landlocked Indian states in North East can take place through Bangladesh, Hasina added.

Sheikh Hasina recalled that India opened up its border in 1971 for Bangladesh’s people to support their freedom struggle; “Today, we’re building a prosperous region together. I wish successful operation and utilization of the Feni Moitree Shetu.”

Narendra Modi also laid the foundation stones of multiple infrastructure projects virtually at Sabroom in Tripura by pressing remote button through the videoconference. 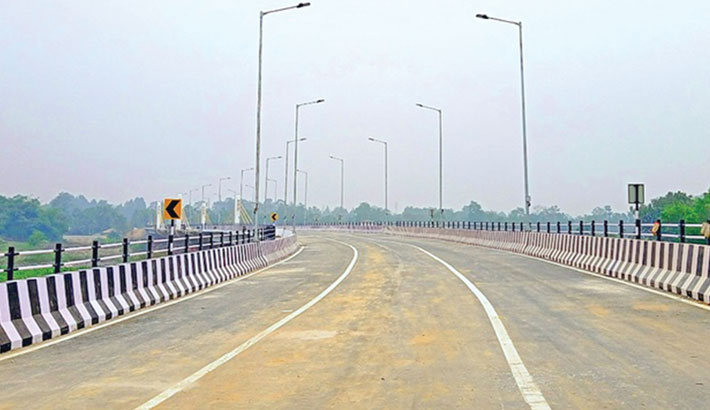