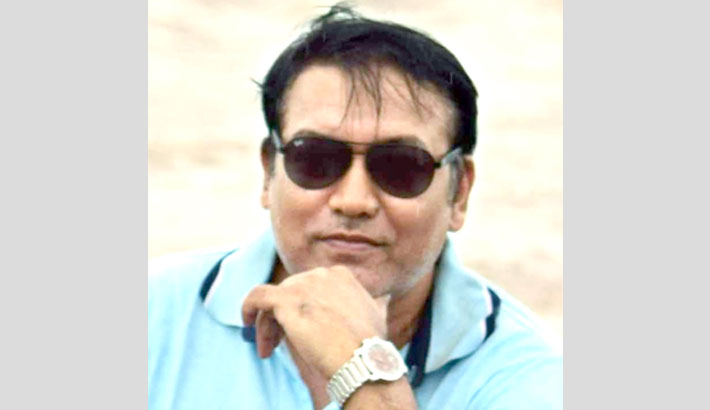 The term ‘objectification’ is defined in Oxford Advanced Learner’s Dictionary as ‘the act of treating people as if they are objects, without rights or feelings of their own’. In a patriarchal society, women are not considered equal to their male counterparts. They are even treated as objects in some cases. Sometimes their price is thought to be equal to the price of an inanimate object. Since folk songs reflect the life and living of the rural people, we find the picture of women objectification in some of them. Through the analysis of a few Bengali folk songs, this essay attempts to show how women are objectified in their family and social life.

To consider women to be the tools for the sexual gratification of men is an instance of women objectification. In order to take a perverted delight some men, to some extent, use several filthy words that usually objectify women. It is seen that men tend to be verbally more aggressive than women in using words that contain masculine values. The aggressive expression which is going to be discussed below is used only by the male persons:

The wife of a milkman takes bath on one side of the river.

The baido (ayurvedic physician) is staring at her bathing scene standing on another bank.

Hey, baido! You’ll never get to have her (or get her to fulfil your sexual desire).

Your carnal desires won’t be fulfilled.

So, you are gazing at her unnecessarily.

The standard Bengali form of the dialectal word khabu (খাবু) is khabe (খাবে) or khabi (খাবি). The English expression that stands for the very term is: “(someone) will eat something (any kind of food)”. The portion of the language of the above folk song that deserves special mention is “na pabu na khabu (না পাবু না খাবু)”. Its standard Bengali form is “pabi na, tai ta khete parbi na (পাবি না, তাই তা খেতে পারবি না)”. The English translation of the above-mentioned dialectal expression is: “you will not get (the desired thing or any kind of food) and so you cannot eat”. But what is noticeable here is that the keyword khabu is not used here to mean ‘to eat any kind of food’. The very word or the full dialectal expression is patriarchal in nature as it is used in the song not to mean ‘to eat any food’, but to mean ‘to have sexual union with a female’. Through this word (khabu) a kind of patriarchal aggression against women is put on view here. The surface meaning of the word connotes that a woman is a kind of food that can be eaten, and this superficial meaning distinctly objectifies the female who bathes on one side of the river. The inner meaning of it is different from its surface meaning. According to the hidden meaning, the female is considered here the instrument (object) for the baido’s sexual pleasure. The English term that stands for the dialectal word ‘baido’ is ‘an Ayurvedic physician’.

The dialectal word khaya (খায়া) of the following folk song has also an ambiguous expression. The standard Bengali form of khaya is kheye (খেয়ে). The English expression that stands for the term khaya (খায়া) is ‘to do something after eating’. The very term, like the immediate previous expression, does not mean ‘to eat any kind of food’; rather it also implies sexual union with a female:

You’ve eaten the kernel of the fruit,

But left its peel.

The narrator of the above folk song tells here with a heavy heart that she is completely ruined as she has been deceived by her boyfriend. While she was deeply in love with him, she used to be seduced by him. Her fiancé managed to make a sexual union with her. After gratifying his lust, he forsook her (the narrator). Thus, she becomes completely helpless now. Being used as an object of sexual pleasure by her boyfriend, the narrator feels so shocked that she compares herself with the peel of a fruit that has been thrown out after eating. This fact leads the woman to objectify her own person. Sandra-Lee Bartky points out in this respect, ‘the objectifier and the objectified can be one and the same person’ (Femininity and Domination: Studies in the Phenomenology of Oppression). Here it is the narrator who is both the objectifier and objectified. Immanuel Kant compares the objectified person of the above narrator’s type ‘to a lemon, used and discarded afterwards and elsewhere to a steak consumed by people for the satisfaction of their hunger’ (Lectures on Ethics).

The language of a male-dominated society naturally becomes patriarchal. In a language, we often find some sentences that leave such expressions which are extremely masculine. Through these phallocentric expressions, women are not only underrated but also objectified. Here we see how the language of a folk song (biyer geet) tends to subordinate women:

Brother-in-law, take (chew) a betel leaf from the betel box.

Brother-in-law, take (chew) a betel leaf from the betel box.

If you chew it, you’ll be given a bicycle as a dan (gift or dowry).

The narrator of the above folk song objectifies her own sister because she wants to give her sister to her would-be brother-in-law as a gift (or dowry) if he takes (chews) a betel leaf from her betel box. Willing to present the would-be brother-in-law with the bride as a gift, the narrator has held her sister in low esteem. The narrator says to him if he chews two betel leaves taking from her betel box, she will give her sister to him as a gift for chewing one betel leaf, and for another, she wants to offer him a bicycle as a gift. It is undoubtedly an objectification of women since the narrator considers the value of her sister equal to the value of a bicycle which is an object.

The narrator of the next folk song (bhawaiya) often gets unnatural pleasure by using the language which makes his wife feel humiliated. He holds his wife up to ridicule now and then. Although the narrator himself is ugly, he remains busy making sarcastic remarks even about the physique of his wife and in doing so he often objectifies her. Here is an example of it:

Being fatty and short in size, you’re as if the hard seed of a baroi fruit (jujube or Indian plum).

Your height will be 2 feet and 3 inches at best…

Although you say a thousand times that your matching with me is perfect, I vehemently stand against it.

If anybody comments on his wife as harshly as it is stated above, no wife can welcome it easily. The narrator of the above folk song often makes sarcastic remarks about the bodily frame of his wife. Here he tells that his wife is so fatty and short in size that she can be compared with the hard seed of a jujube. Through this ill comparison, an objectification of woman is deftly portrayed here. To a wife, nothing is more humiliating than this type of objectification. Commenting on the figure of his wife using disgraceful words, the narrator has laid himself open to ridicule as he himself is a squint-eyed (cross-eyed) man having a bald head. Despite his ugliness, the husband tells here forcibly that his matching with his wife is imperfect. Now the questions that arise are: (a) why is the husband expressing his dissatisfaction with the imperfect matching many days after their marriage? (b) Didn’t he manage to see his wife before the marriage ceremony? Of course, he did it. Actually, he has already been bored with the present wife and his comment on the shape of his wife’s body is intentional. It means that he starts to see the figures of other women which seem to be more attractive to him. In fact, a husband’s dissatisfaction with the shape of his wife’s figure reveals not only his boredom of the long marital relationship with the very wife but also his hidden desire to marry another woman or to come in close contact with another woman or some other women. But in a patriarchal society, a female does not have any scope to express that she may also feel bored with her husband. Even if her husband is ugly, she is not seen using any withering remarks or hideous words that may objectify or belittle her husband.

We find lots of words or phrases, or expressions in folk songs depicting women objectification. The people of the patriarchal society, using such words or expressions, not only pour scorn on the females but also stop all the avenues of women’s development. But no country can progress keeping half of its population away from productive activities. So, all should realize the importance of equal rights for both men and women. Thus, they should work to make a society where a woman can equally feel dignified like a man, and in order to make such a discrimination-free society, both men and women should also start to use a discrimination-free language. They must consciously avoid using the words, phrases, or expressions which objectify the females.

The writer is an Assistant Professor, Department of Folklore Studies, Islamic University, Kushtia.