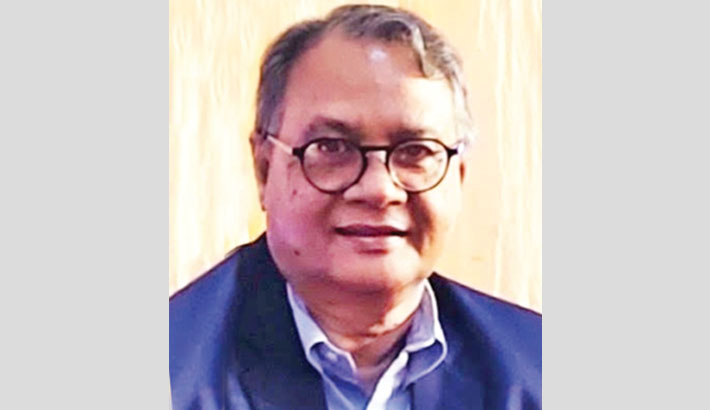 Every year on March 8, the International Women's Day is observed throughout the world including Bangladesh with due solemnity and fervour. Over the years, it has become an annual event of the United Nations Organization (UNO). In fact, the observance of the day has a long history of struggle for establishing particularly the rights of the women. It started in 1908 with the march of 15,000 women in New York City, USA demanding shorter working hours, better pay and the right to vote. Sources suggest that a year later, it was declared as the first National Woman's Day. The idea to make the day international was first mooted in 1910 at an International Conference of Working Women in Copenhagen, Denmark. There were women representatives of 17 countries who attended the conference and unanimously accepted the proposal to make the day an international event. In the subsequent year 1911 it was observed in countries like Austria, Denmark, Germany and Switzerland. However, it became truly international when in 1975 the United Nations officially started celebrating the day.

Now the International Women's Day has become a date to celebrate advancement of women in various areas. At the same time, it also provides an opportunity to access how far women have advanced in society, politics and in the economic arena. If we look at the history, we see that in every area women have made advancement. But still then they are far behind than men in all respects.

However, there has been a broad understanding or consensus developed in the world with the exception of few countries or regions that women’s development or advancement is essential for the development of human civilization itself. Women constitute about half of the global population. Absence of them in the mainstream or lack of their participation in different spheres of life thwarts further progress and development. It is now an established fact that women’s full and effective participation and leadership in all areas of life is needed or required. However, women are still underrepresented in public life and decision-making according to a recent UN report. Now, in 22 countries across the globe women are either heads of states or governments and about 24.9 per cent of them are members of parliaments. These figures suggest that women are far behind than men, their counterpart, in the political arena. In other areas as well, women are lagging behind man. With respect to education, women still have less or limited access. According to an estimate, of all the illiterate people in the world, two thirds are women. Because of different reasons, about one-fourth of them between the age group of 15-24 will not finish primary education. There is lack of employment equality between men and women. Only in 6 countries in the world women enjoy the same legal work rights as men. It is widely perceived that men are better equipped to handle certain jobs and those are the jobs that pay the best. This belief leads to discrimination and women are offered lower paid jobs. Besides, the societal mindset against the capability of women perpetuates gender inequality and acts against the interest of women and hinders their development and advancement.

However, over the years, progresses have been made in the area of women advancement. Now there is better representation of women in politics, more economic opportunities, and better healthcare in many countries of the world. Still then, the World Economic Forum estimates that it will take another century before true gender equality or parity could be achieved.

All the above mentioned factors that stand in the way of women’s advancement are very much present in Bangladesh as she is not independent of the global contexts and realities. In spite of these constraints, Bangladesh over the years has made remarkable progress in women’s development and advancement. Some of the successes include falling rate of maternal mortality and declining fertility rate. The other important area where Bangladesh has made exemplary advancement is achieving significant gender parity in school enrolment. At the same time, despite efforts by the government and non-governmental organizations to reduce the rate of child marriage in Bangladesh, it remains the highest in South Asia meaning girls getting married before the age of 18.  A source mentions that women’s participation in the workforce remains limited to low-paying jobs. However, more than three million women are employed in the ready-made garment sector and other small and medium enterprises including the informal sector.

Each year the International Women’s Day is observed under a new theme. This year’s theme is “Women in leadership: Achieving an equal future in a Covid-19 world.” It will laud the tremendous role played by women across the globe in combating the menace of the Covid-19 led pandemic and helping in shaping an equal future for all of us. The leadership provided by the Honourable Prime Minister Sheikh Hasina, especially in meeting the challenges posed by the pandemic, has been lauded by the international community. Only yesterday, Sheikh Hasina has been named among the top three inspirational women leaders who have demonstrated extraordinary leadership during Covid-19 pandemic by the Commonwealth Secretary General. However, in Bangladesh, women as front-line and health sector workers, as scientists, doctors and nurses did their best in saving lives of innumerable corona infected people risking their own lives. On this ‘International Women’s Day that is being celebrated in the midst of the all-pervasive pandemic, women across the world deserve special thanks and gratitude for all their pains, agonies and sacrifices for the cause of humanity. We also need to express our indebtedness to the women working in different sectors, both informal and formal, and factories and mills keeping the wheels of the economy moving despite looming threats to their lives posed by Covid-19. At this hour, we need to renew our pledges to remove all forms of discriminations against women and take appropriate affirmative measures and actions for the development and advancement of women at par with men in the shortest possible time.