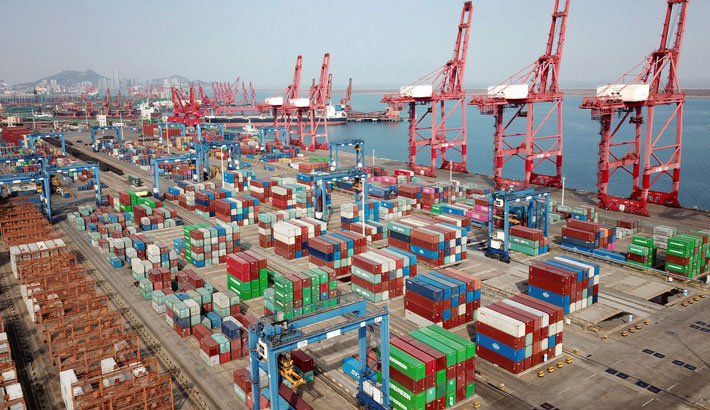 This aerial photo shows shipping containers for export stacked at a port in Lianyungang, in China's eastern Jiangsu province on Sunday, as the country's export growth jumped to the highest in over two decades according to official data shown on Sunday. 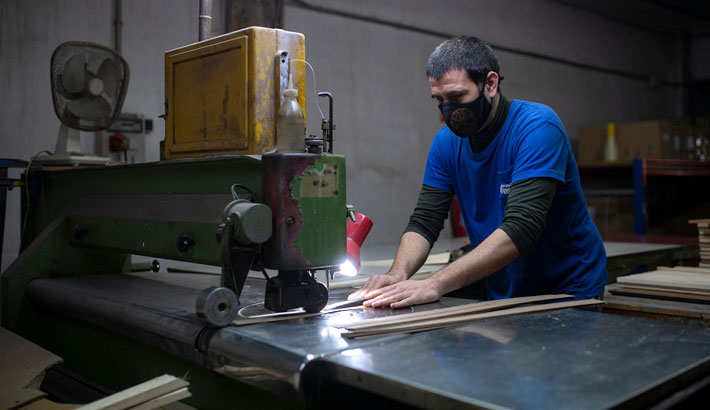 An employee of Rechapados Ferrer makes a chessboard in La Garriga near Barcelona recently. The Spanish chessboard maker's sales have soared since being featured on the hit Netflix series "The Queen's Gambit". 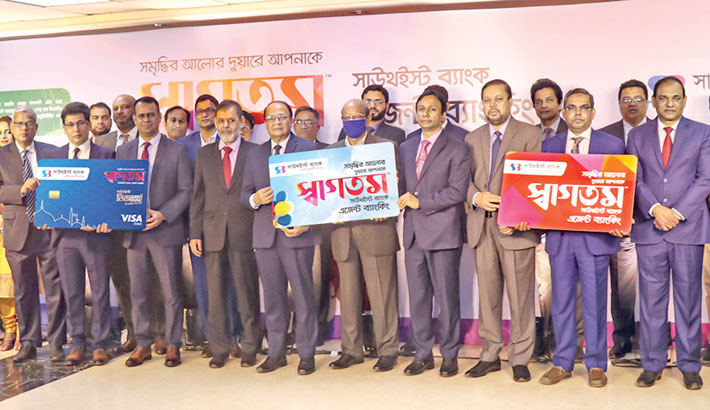 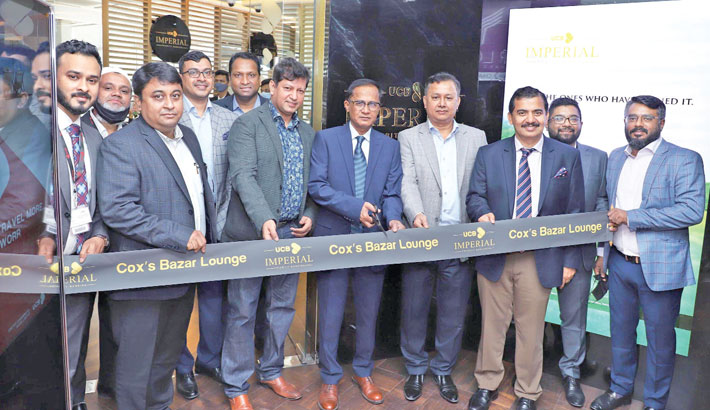 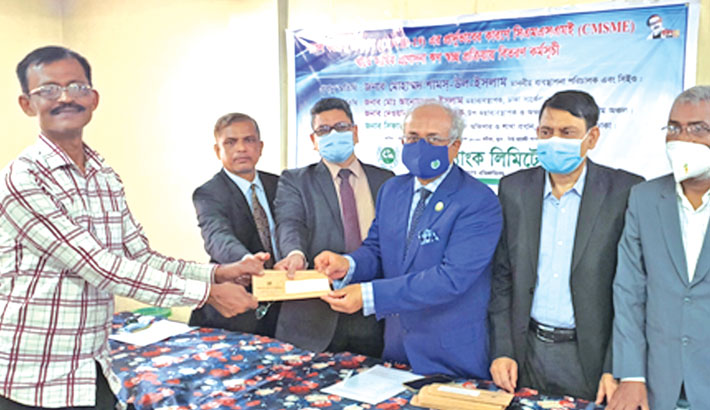 Agrani Bank Managing Director and CEO Mohammad Shams-ul Islam hands over a SME loan to a small entrepreneur in the capital on Sunday. 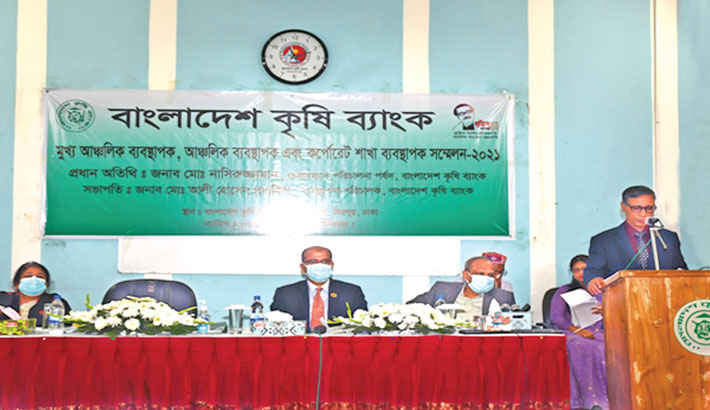 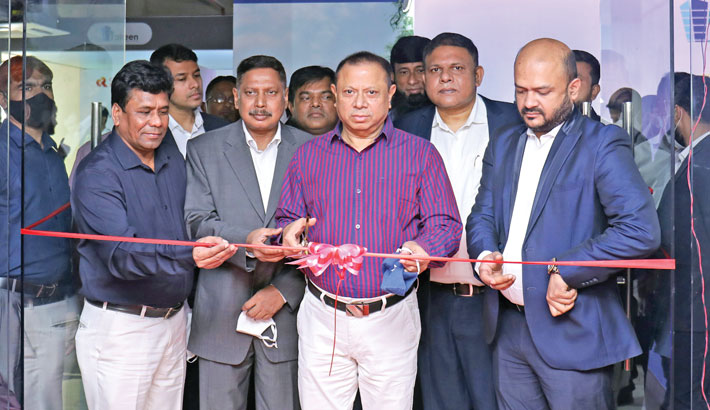