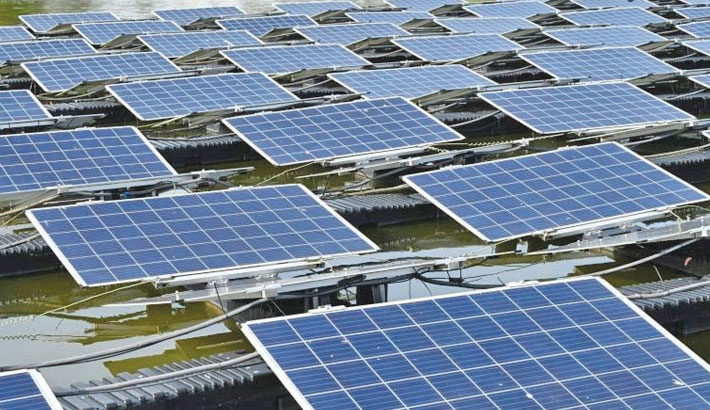 Thousands of panels glinting in the sun stretch into the sea off Singapore, part of the land-scarce city-state’s push to build floating solar farms to cut greenhouse gas emissions, reports AFP.

It may be one of the world’s smallest countries, but the prosperous financial hub is among the biggest per capita carbon dioxide emitters in Asia.

And while authorities have been pushing to change that, renewable energy is a challenge in a country with no rivers for hydro-electricity and where the wind is not strong enough to power turbines. So the tropical country turned to solar power—however,

with little land space in a place half the size of Los Angeles, it has resorted to setting up energy plants off its coasts and on reservoirs.

“After exhausting the rooftops and the available land, which is very scarce, the next big potential is actually our water area,” said Jen Tan, senior vice president and head of solar in Southeast Asia at conglomerate Sembcorp Industries, which is building a project. An island-state threatened by rising sea levels because of climate change, Singapore is aware of the urgency of cutting emissions, although critics say authorities’ environmental commitments have thus far fallen short.