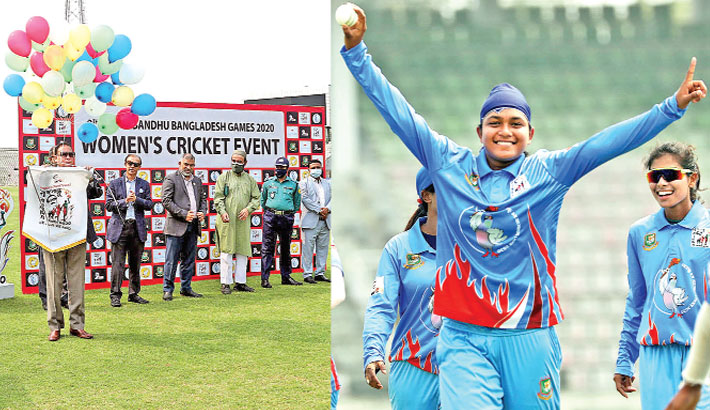 Fariha finished with 6-14 in her allotted 10 overs while Salma Khatun took two wickets as Bangladesh Blue bowled out Bangladesh Red for 63 runs in 28.1 overs after opting to bowl first.

Shamima and Murshida then played unbeaten knocks of 31 and 25 runs respectively as Bangladesh Blue reached 64-0 in 15.5 to begin their Bangladesh Games campaign in a winning way.

Fariha was named the player of the match for her outstanding performance.

Bangladesh Blue will take on Bangladesh Green in their second and last league stage match on Monday.

The ninth edition of the Bangabandhu Bangladesh Games will officially get underway on April 1.

The women’s cricket event is being played between March 6 to 12 in Sylhet as they have a series against South Africa Emerging women’s team during the Bangladesh Games time.