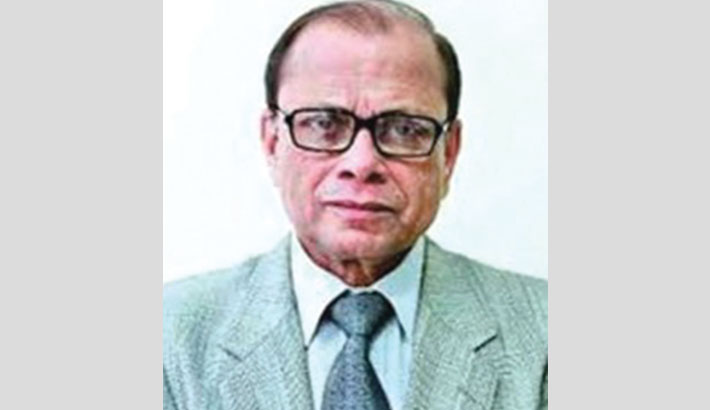 On 5 April 1971, the world-renowned American periodical Newsweek ran a cover-story titled “Civil War in Pakistan,” wherein occurred the epithet “poet of politics” given to Bangabandhu by the journalist Loren Jenkins. She wrote, “. .  Mujib does not pretend to be an original thinker, he is a poet of politics, not an engineer.. his style may be just what was needed to unite all the classes and ideologies of the region.” This quote brings up two points for comment. First, Bangabandhu was considered a poet, not an engineer, of politics, although the use of the latter term is frequent in such a context. This is certainly and generally because of his style of politics; more specifically for the poetic undertone of the 7 March speech. It may be noted that, although many eminent politicians across the world have many epithets, but none has any epithet like being a poet of politics except Bangabandhu. Second, Bangabandhu was a people’s leader having following from all walks of life. The words of 7 March speech were messages for all people, who were found to have received these messages with requisite equanimity. Indeed, as a leader, and in the 7 March speech, Bangabandhu appeared to be a great unifier of people.

In 2013, the British Professor Jacob F. Field collected and edited 40 seminal and decisive speeches, delivered at difficult and critical turning-points of history starting from 431 B.C. through 1987. The 38th entry in this collection is the 7 March speech. The professor was not approached by anyone from Bangladesh to do the favour of including the speech in this type of collection; he did it on his own, having himself been aware of the fact that this speech, like the others in this collection “inspired history.” In his “Introduction”, the professor brings up the context of his seminal job as he writes, “Times of conflict have inspired some of the most memorable speeches in history. In turn, rhetoric has launched wars, acting as a prelude to violence.” These words perfectly describe the context and ethos of the 7 March speech.

On 30 October 2017, the UNESCO declared the inclusion of the speech in the Memory of the World International Register with the comment which appeared in its official website as, “the speech effectively declared the independence of Bangladesh. The speech constitutes a faithful documentation of how the failure of post-colonial nation-states to develop inclusive democratic society alienates their population belonging to different ethnic, cultural, linguistic or religious groups. The speech was extempore and there was no written script.” There are two points to ponder vis-à-vis this comment made in a few staccato sentences. First, it accepted this speech, although couched in intelligent words not to provoke instant Pakistani intimidation, as, indeed an effective declaration of independence for Bangladesh. Second, the comment faults the Pakistani rulers for their failure to develop an inclusive system of governance, thus alienating the Bangalis. This part of the comment, in fact, rationalizes the Bangali struggle for self-determination. All in all, the act of the UNESCO was the best example of international recognition of significance of this speech.

The speech 7 March was remarkable for its brevity and articulation. Contextually, the remark of Lord Brabazon (1910-1974), a British politician, becomes relevant. He said, “I take the view, . . that if you cannot say what you have to say in twenty minutes, you should go away and write a book about it.” It so happened that Bangabandhu said what he had to say in less than twenty minutes; he did not have to write a book to get across his message. Earl of Birkenhead (1872-1930) once told Winston Churchill (1874-1965), “Eloquence is a flame. It requires fuel to feed it, motion to excite it, and it brightens as it burns.” In the days ahead Churchill did become a personification of such an advice from a peer; and, he remains notable for his eloquence. So was Bangabandhu, who on 7 March, made his eloquence burn like a bright flame lighting the path ahead for his people. As it was, he was short and crisp, not long and languid; he said what he had to or what his audience wished to hear in a remarkably short speech. The speech, if not a direct UDi, and even if an effective declaration of independence in a roundabout way, was certainly an outright declaration of a de facto autonomy as a prelude to de jure independence. Moreover, in intent, purport and impact, immediate and far-reaching, national and international, the speech was not merely a speech, but, indeed, an oration. It was Shakespeare (1554-1616) who put in the mouth of Julius Caesar the words, “To stir men’s blood; I only speak right on.” Indeed, as Bangabandhu finished speaking and departed, the disassembled audience truly felt the flowing blood in their veins which had been stirred by the speech.

The writer is Bangabandhu Chair