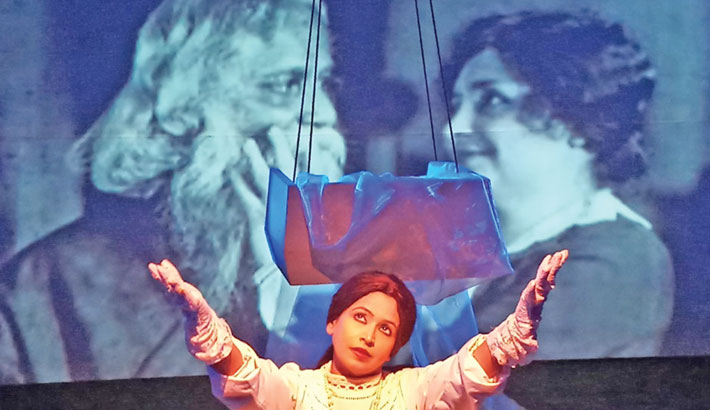 The troupe will also give International Women’s Day Honorary Award to noted theatre personality Momena Chowdhury through a programme.

Following the award-giving, Swapnadal will stage the play ‘Helen Keller’, which depicts the life and works of late American author-activist Helen Keller. Written by Apurba Kumar Kundu and directed by Zahid Repon, Juyena Shabnam played Helen Keller in the play.

Born on June 27, 1880, Helen Adams Keller was the first deaf-blind person to earn a Bachelor of Arts degree in the USA. She was an author, political activist, and lecturer. She spoke about women’s empowerment, protested racism and other issues responsible for human suffering.

Hellen Keller was highly influenced by the philosophy of Rabindranath Tagore and also by the thoughts of Charlie Chaplin, Mark Twain, Kennedy, and Einstein. In ‘Hellen Keller’ when she expresses gratitude to her teacher, the influences of those great masters on her become alive.

Helen Keller also speaks about her expectations of women empowerment and humanism, strong stand against racism, war, destruction and abuse of Atomic weapons. Besides that, the experience of satisfactions and dissatisfactions in her personal life is also depicted in the play ‘Helen Keller’.

Keller devoted much of her later life to raising funds for the American Foundation for the Blind. She died in her sleep on June 1, 1968, at her home, Arcan Ridge, located in Easton, Connecticut, a few weeks short of her eighty-eighth birthday.

The International Women’s Day is observed every year on March 8 to celebrate the movement and struggle for women’s rights.