Joy Bangla Concert to be back in 2022 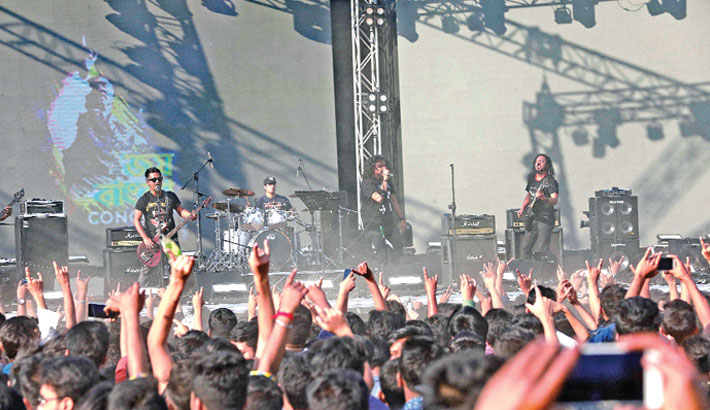 The popular Joy Bangla Concert will return in 2022 as the celebration is put on a halt this year due to the coronavirus pandemic, said Bangabandhu’s grandson Radwan Mujib Siddiq in a Facebook post, reports UNB.

Joy Bangla Concert, the biggest concert for youths in the country organised every year commemorating the March 7 speech of Father of the Nation Bangabandhu Sheikh Mujibur Rahman.

Radwan, the trustee of the ruling Awami League’s Centre for Research and Information (CRI), urged everyone to keep eyes on the official Facebook page of Young Bangla, the youth secretariat of CRI, for virtual celebrations.

The concert making its debut in 2015 became part of the country’s pop culture and a household name in the live music industry, stitching the wartime patriotic melodies of Bangladesh with the western-influenced rock genre.

Last year, through holographic technology, Father of the Nation Bangabandhu Sheikh Mujibur Rahman virtually appeared before thousands of people at the Bangladesh Army Stadium during the Joy Bangla Concert.