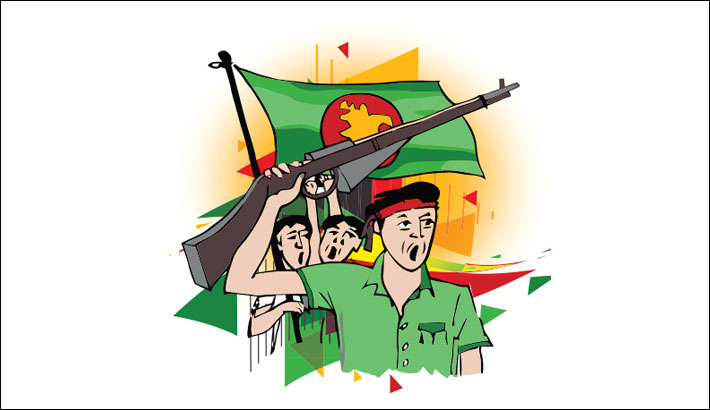 As the historic March 7 rally was approaching nearer, the expectation among the mass people in East Pakistan regarding the declaration of independence by their supreme leader Bangabandhu Sheikh Mujibur Rahman was growing fast.

People were also thinking about the probable reaction from the Pakistani establishment following the much anticipated proclamation.

On the other hand, despite their angst and loss of control over the whole situation, the Pakistan government had a clear idea about what they were going to do.

They did not put emphasis on political negotiation, but they wanted to see that Bangalee leaderships were declaring the independence so that they could get an excuse to launch a massive attack on them and abolish the mass movement.

On March 6, 1971, on the 5th day of consecutive hartal, picketers, in association with the mass people, were observing peaceful strike in Dhaka.

But around 11:00am, 321 prisoners broke out of the Dhaka central jail and tried to escape. Seven of them were shot dead and 30 got injured.

In the afternoon, worried President Yahya Khan announced on radio that the inaugural session of the Pakistan National Assembly would begin on March 25.

Actually, he wanted to skip his responsibility if Bangabandhu declares independence of Bangladesh the next day.

However, in the radio broadcast, the iron voice of the President had no sympathy for the agitated Bangalees.

Criticising the Awami League and its leader Sheikh Mujibur Rahman, he blamed the party for the crisis of the country.

On the other hand, unlike other leaders of West Pakistan, Muslim League Leader Air Marshal Malik Nur Khan said that the government should hand over power to newly elected leader Sheikh Mujib.

He said in an interview in Lahore that it was the legal right of Sheikh Mujibur Rahman to be able to rule the country.

Immediately after the radio announcement of the new date for the National Assembly, ordinary people in Dhaka and Narayanganj took to the streets.

On March 6 evening, Bangabandhu Sheikh Mujibur Rahman had sat in a series of meetings with his party’s working committee and several senior leaders to determine their reaction to the new date of the National Assembly session announced by the President.

Leaders and working committee members of Awami League also suggested Bangabandhu that whether he should declare the independence next day or not.

Bangabandhu was under terrific pressure of the student leaders and a large section of the mass people regarding the announcement.

But he wanted to take more time before taking the final decision as he did not make it clear that what he would say to the huge crowd the next day on the Race Course ground.

Tension was building among the mass people and they were sure that a momentous day was waiting for them.