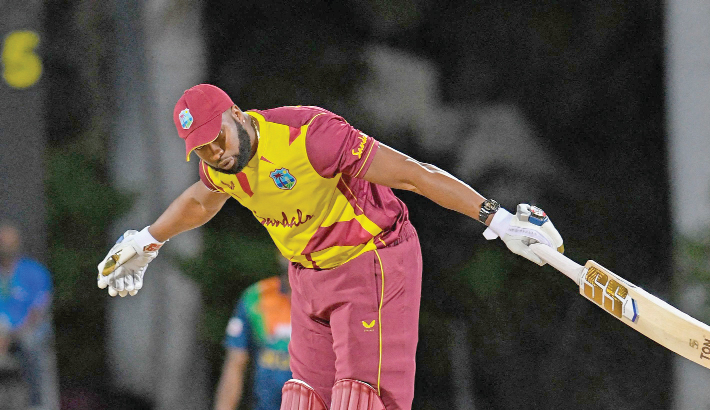 West Indies captain Kieron Pollard on Wednesday became only the third man to hit six sixes in an international over in his team's four-wicket Twenty20 victory over Sri Lanka.

The feat came in the sixth over of a bizarre West Indies innings, bowled by off-spinner Akila Dananjaya who moments earlier in his previous over had been celebrating taking a hat-trick.

Pollard followed in the footsteps of South Africa's Herschelle Gibbs against the Netherlands in the 2007 World Cup and India's Yuvraj Singh, who also achieved the feat in the 2007 Twenty20 World Cup against England.

Pollard was eventually out for 38 off 11 balls as the West Indies chased 132 to win at the Coolidge Cricket Ground, reaching their target in the 14th over when Jason Holder clobbered his side's 13th six.

Sri Lanka, bidding to win a match for the first time in a year, made a below-par 131-9.