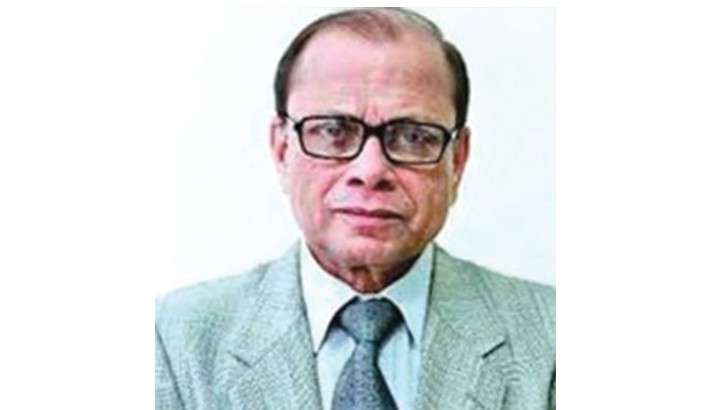 Immediate Reaction to the Speech

The crowd present at the Race Course numbering over a million were the first to be impacted by the speech. There was suspense in their mind as they had thronged to the venue. They had their psyche tuned to nothing short of independence, and they had the gnawing expectation that Bangabandhu, their dear leader, would not fail them; and, in fact, this expectation had swelled the number of the crowd. Bangabandhu, although under the spell of this public exuberance, could not afford to be equally exuberant. As it was, he had to be calm, cautious and farsighted even under tremendous mental pressure. Consequently, he said what he could to save the situation by satisfying the crowd and not provoking the military junta to jump to an instant military action, thereby nipping in the bud all that had been gained through a relentless struggle. Before Bangabandhu spoke, there had been extreme tension on both sides of the stakeholders as to the outcome; indeed, there was also something like a spell of uncanny silence over the entire gamut of related environment. As Bangabandhu was done with speaking, the overall situation was literally calmed down, and the stakeholders heaved a sigh of relief; they were delivered what they had hoped for.

The crowd assembled for hearing the speech, appeared to be in an accepting mood for whatever the speaker said and directed; and they were found dispersing without any commotion. It appeared as though the candid and eloquent words of the charismatic speaker had gotten into their brains and did the trick of transforming them into a gullible bunch of people, who had their minds tensed up before the speech. Thus, as it seemed, the speech was a tension-reliever for all sides.

That the words of a charismatic and eloquent speaker can work wonder in the minds of listeners has been empirically demonstrated by researchers Andrew Newberg and Robert Waldman. Siddiq Salik, a Pakistani Major, posted in Dhaka of 1971, in charge of Inter-Services Public Relations (ISPR), and an eye-witness, described the post-speech scenario as, “The crowds that had surged to the Race Course dispersed like a receding tide. They looked like a religious congregation returning from mosque or church after listening to a satisfying sermon.” At the same time, the reaction to the speech in the Dhaka Martial Law Headquarters was one of instant relief. As a senior officer confided, “This is the best speech under the circumstances.” But the intelligence report to the headquarters, understanding the implied purport of the speech, had the candour to write, “The clever Sheikh Mujib got away with declaring independence, we kept looking.” Dr. Kissinger, Nixon's National Security Advisor, had a realistic review of the post-speech scenario, as he reported to Nixon, “An immediate showdown between East and West Pakistan has been averted for the time being. The prospect for a reconciliation and settlement remain poor, however, and the basic elements of the situation remain essentially unchanged.” Dr Kissinger, in fact, considered the speech as a stopper to the escalating political crisis; although the crisis itself kept simmering. But the speech, with all its intents and purports, was, indeed, a distant thunder for the military junta.

Why Did Bangabandhu Avoid Unilateral Declaration of Independence (UDI)

In a retrospective analysis of the speech, the question that pricks our mind is: why did Bangabandhu, even under tremendous pressure from many quarters, refrain from declaring unilateral independence (UDI)? Even in the international media there were indications for an impending UDI. The Daily Telegraph (London) of 6 March, for example, carried a front-page news-item with the caption: “Sheikh May Make UDI.” Bangabandhu did not do this. why? A number of reasons may be suggested.

Major Siddiq Salik (referred to above) comes up with three explanations, considering each of these assumptive; and these were, as he writes, “Maybe, he [Bangabandhu] had grasped the olive branch held out by the President; maybe Farland's [US ambassador] visit had tilted the balance; maybe it was the G.O.C's [Khadim Hossain Raza] threat had done the trick. Maybe, all three influences had worked together.” If so, all these three reasons are to be gone deep into. First, on 6 March, Yahya had a telephone conversation with Bangabandhu wherein the latter was persuaded “not to take a step from which there would be no return.” Later, Yahya, in his mental agony to stop Bangabandhu from UDI, sent a teleprinter message via the Dhaka cantonment. The message read

“Please do not take any hasty decision. I will soon come to Dhaka and discuss the details with you. I assure you that your aspirations and commitments to the people can be fully honoured. I have a scheme in mind which will more than satisfy your Six Points. I urge you not to take a hasty decision.”

As to the second reason, it may be mentioned that, on the morning of 7 March, the U.S. Ambassador to Pakistan, Farland had an audience with Bangabandhu. What transpired between them is described in the version of G.W. Chaudhury: “The U.S. policy was made clear to Mujib by Ambassador Farland who advised him not to look towards Washington for any help for his secessionist game.” Major Siddiq Salik writes mentioning the name of a Bangali journalist Mr. Rahman, who, immediately after this meeting, called him to say that the UDI had been averted. The third cited reason was the veiled threat that had come from the G.O.C.. Reportedly, the G.O.C. sent out a feeler to Bangabandhu in the words, “. . tell him [Bangabandhu], . .  that if he talks against the integrity of Pakistan, I will muster all I can – tanks, artillery and machine-guns – to kill all the traitors and, if necessary, raze Dacca to the ground. There will be no one to rule, there will be nothing to rule.” This threatening message contained a few points to ponder. First, at the beginning of the message, it was hinted that the G.O.C. would himself be present at the Race Course, which pointed to the enormity of military presence. Second, while giving such a threat, he had the necessary clearance from the headquarters. Third, the message had given abundant hints as to the type of the operation that would be launched following any declaration of independence. Under the circumstances, there was no doubt that the G.O.C. had meant his words. Thus, as Dr. Kamal Hossain would have us believe, Bangabandhu had to be crafty to save the situation.

It may be mentioned that Dr. Kamal Hossain considers the threat from cantonment more substantive. The troops were deployed at the Race Course and all over the city; and, they were under orders to go for instant action following any declaration of independence from the podium. Moreover, an olive-green helicopter-gunship was seen hovering over the Race Course monitoring the situation on the ground. Thus Bangabandhu had to be astute enough to head-off a danger for the time being while keeping the distant goal unchanged and unmodified.

Dr. Kamal Hossain also posits the view that, in the context of Yahya's olive branch of 6 March, Bangabandhu, if he had declared a UDI, he would have given an excuse to launch an immediate military action. But Bangabandhu did the right thing in denying such an opportunity.

Besides these reasons, some more can be suggested with hindsight. One, the four preconditions mentioned in the speech was in accordance with the consensus decision of the Awami League high command; another parallel decision was to avoid the UDI, and Bangabandhu did exactly that. Two, Bangabandhu had always been a votary of constitutional politics; and he himself described his political philosophy while speaking on 12 October 1972 in the Bangladesh Constituent Assembly: “I am not impatient. I am not adventurist.” It was thus impossible for him to take any hasty decision. Three, being himself an elected majority leader, it was well-nigh impossible for him to be a leader of secession. Four, a keen observer of international happenings, Bangabandhu must have been aware of what fate befell the secessionist Biafra (1967-70). Five, Bangabandhu had been a law student; and it was possibly not unknown to him that as per international law a call for secession would be legally questionable. Finally, such a call would have rationalised Yahya's instant military action, while at the same time, antagonising world public opinion. It is worthwhile mentioning that, on 18 January 1972, while giving interview to David Frost, Bangabandhu divulged that his strategy had been to make the Pakistanis the first attackers; and the Bangalis to resist. That he was successful was borne out by the scenario that unfolded subsequently. It may not be far-fetched to suggest that Yahya's military junta fell into Bangabandhu's adroitly laid out trap. Retrospectively speaking, the entire scenario looked like, as it were, a tussle between two heads, one hot, the other cool; as it eventually happened, the cool one prevailed.