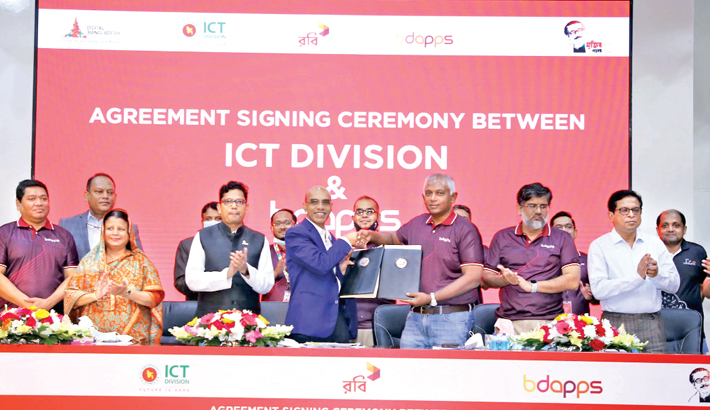 The government has launched a national app store, the first time of its kind in the country, acquiring a privately run platform, BDApps.

The acquisition is expected to keep the locally developed software secure and support local developers in monetizing revenue.

ICT State Minister Zunaid Ahmed Palak was the chief guest at the re-launching programme of the platform at the ICT Tower in Dhaka Thursday.

The acquisition will help the government and local software developers to uplink the developed contents in locally supervised platform instead of foreign app store.

Robi has been running a platform titled bdapps.com with 24,000 of applications and 12,000 developers.

The government in association with Robi will prepared 100,000 individuals as  skilled mobile apps developers in next five years.

“The new app store will help us reduce dependency on foreign companies,” said State Minister for ICT. He said, “We want to support our local developers.

The government has provided training of mobile apps development to 16,000 individuals of which 740 got advanced level course. Then, we think to make renovate the the BDApps platform of Robi as national app store where 12,000 developers have been on-boarded with 23,000 apps.”

He also mentioned all mobile applications developed by the government or in affiliation with public agency will be brought under the single platform, BDApps.

Palak said, “The number of government apps can’t be disclosed at this moment. We have asked the officials of A2i project to accommodate all apps into the BdApps platform.”

From now on, any app developer organisation and other mobile phone operators apart from Robi will be able to upload their apps on this platform, he said.

The state minister hinted that the ICT division will work on income tax exemption for app developers and withdrawal of the value-added tax on mobile software.

ICT Division and Robi will work together for the development of new curriculum and training programmes instilling skills among the youths so they can monetize their innovations through BDApps platform.

The BdApps currently has over 12,000 developers with 20 percent female and over 23,000 apps on its website.

At the platform, a developer can earn maximum Tk 2 lakh taka per month with average monthly income of Tk 30,000.