Everything was under Bangabandhu’s control 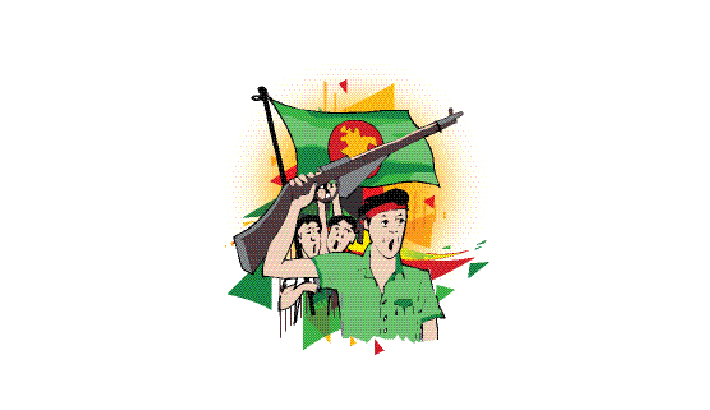 Since the non-cooperation movement led by Bangabandhu Sheikh Mujibur Rahman had begun, the world witnessed an unprecedented situation in East Pakistan.

The central government of Pakistan led by military dictator Yahya Khan had virtually lost all control over its eastern province, except the cantonments, though the independence of Bangladesh was yet to be declared.

The whole system collapsed and the regime was on the edge of numbness.

Every single establishment, including government and private offices, corporations, businesses, banks, and educational institutions, was operated according to Bangabandhu’s directives.

People from all walks of life had gathered in front of his residence, on Dhanmondi Road-32, which had by then become the centre of all political activities.

Instructions were given by the Awami League (AL) on a regular basis. Tajuddin Ahmed, the party’s general secretary, used to brief the journalists on the political developments on behalf of Bangabandhu.

Apparently it seemed that the Pakistan government had no other way to come out of this crisis, except accepting Bangladesh as an independent country.

On March 5, 1971, the mass people in Dhaka became furious as on the fifth day of hartal, curfew was imposed in Rangpur.

Besides, security forces and army shot fire on agitated people in Chattogram, Rajshahi, Khulna and Tongi. Four labourers were killed and 25 were injured in Tongi.

However, the government in the evening declared that soldiers had returned to the cantonments.

Suddenly, a news was broadcast from a foreign radio station that “Sheikh Mujib is willing to share power with Bhutto”. Rejecting the news, Bangabandhu told on the night that the news is “ill motivated and Bhutto’s imagination.”

On March 5 evening, Air Marshal (Retd) Asghar Khan had come to Dhaka from Karachi to hold a meeting with Bangabandhu while Pakistan People’s Party (PPP) Chairman Zulfikar Ali Bhutto met President Yahya in his Presidential Palace in Rawalpindi on the day and discussed various political issues for more than five hours.

Following the meeting, PPP spokesperson criticised the AL declared programme in response to the suspension of the National Assembly meeting.

The PPP also said that they put stress on fast transfer of power to prevent any political division but there was no sign from the government of doing that. Instead, Yahya Khan told the army to provide necessary force, take time for completing preparations, and then strike hard on the target at the appropriate moment.

As per the plan, Gen Tikka Khan arrived in Dhaka on the very day, 48 years ago, to be sworn in as the Governor of East Pakistan.

On the other hand, renowned student leader Tofail Ahmed called Dhaka Betar for live transmission of the speech to be delivered by Bangabandhu at the March 7 rally on the Race Course ground (now Suhrawardy Udyan).

The mass people were discussing what Bangabandhu would tell and majority of them expected to hear the declaration of independence from him.