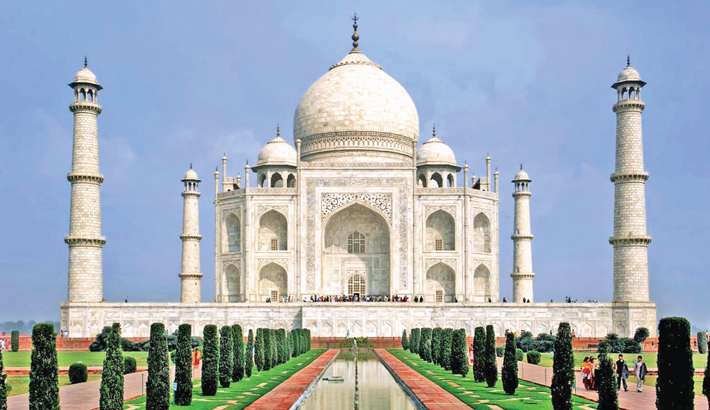 AGRA: The Taj Mahal in Agra was briefly shut and tourists evacuated on Thursday morning after Uttar Pradesh Police received a hoax call about a bomb at the iconic monument, reports NDTV.

The call was made to the police helpline following which the police informed the Central Industrial Security Force (CISF) personnel, who asked visitors to vacate the premises of the iconic 17th-century monument.

Authorities conducted thorough checks following the bomb threat. Entry to tourists resumed a little after 11 am.

A senior police officer said no bomb was found.

The caller, identified as Vimal Kumar Singh, has been detained for questioning in Firozabad, Additional Director General (ADG) of Police, Agra zone, A Satish Ganesh said.

“This morning, an unknown person called on UP 112 and said there will be a bomb blast at the Taj Mahal. Immediately, as per SOP, our bomb squad and other teams conducted a thorough search of the premises,” the senior officer said.The caller is a resident of Kasganj district and was staying in his maternal grandmother’s house in Firozabad district, he said.

“Prima facie it seems that he (Singh) is mentally unstable and is probably under treatment. We are probing why he made such a call. The Taj Mahal was reopened for visitors after about an hour and 45 minutes.”

The monument is conserved by the Archaeological Survey of India (ASI) and protected by armed personnel of the Central Industrial Security Force (CISF).

The Taj Mahal was reopened for tourists last September with strict coronavirus safety guidelines after being shut for over six months. It had been closed since March 17 last year due to the pandemic.

The ivory-white marble mausoleum attracts seven million visitors each year with a large number of foreign tourists. The Taj and other monuments in Agra, including the Agra Fort. contribute massively to the revenue of Uttar Pradesh.