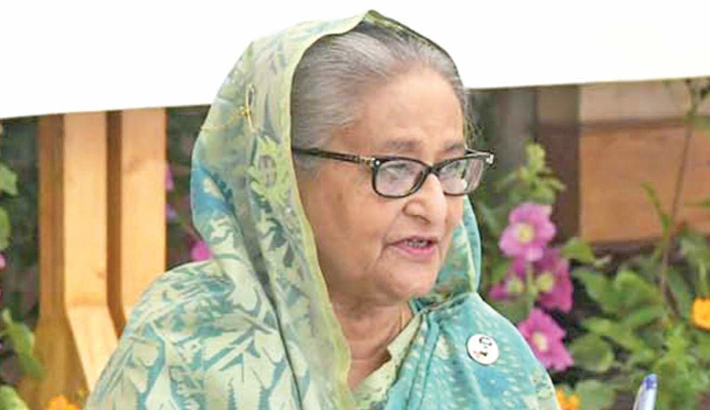 Prime Minister Sheikh Hasina on Thursday urged the scientists and researchers to work more for welfare of mankind with more concentration, saying evolution of research and science is inevitable for the country’s development.

“We want you people (scientists and researchers) will conduct your researches for human beings’ welfare as the fellowships are being given from the public fund,” she said.

The premier made this remarks while distributing Bangabandhu Fellowship, National Science and Technology Fellowship and Special Research Grant at a ceremony held at Osmani Memorial Auditorium, joining virtually from her official residence Ganabhaban, reports BSS.

She said no nation can move forward without science education and research so “you all (researchers) have to continue research and the next generation will do the same following your footsteps”.

Sheikh Hasina said the government has diversified the education with the establishment of different types of universities where students will educate themselves with their ability and competency.

“We’ve put emphasis on skilled manpower and that is why we’ve established 18 new public universities so far from 2009 to develop human resources so the country is benefited through their employment at home and abroad,” she added.

She went on saying the government has also set up high-tech cities, hi-tech parks and software technology parks to attain economic development through skilled manpower.

Mentioning that her government has given education with utmost priority, the Prime Minister said assuming power in 1996 they saw that there were no allocation for research and science education, even the students were reluctant to study science.

With Science and Technology Minister Architect Yeafesh Osman in the chair, senior secretary of the ministry Md. Anwar Hossain delivered the welcome address.

In the ceremony, 77 persons received Bangabandhu Fellowship while 3,305 persons were given National Science and Technology Fellowship and 800 persons got Special Research Grant. On behalf of the Prime Minister, Yeafesh Osman handed over the fellowship and grant to the recipients.

Laying emphasis on research for modernization and mechanization of the country’s agriculture sector and expansion of the export basket, the Prime Minister called up on the researchers to conduct study more for product diversification to add value to the export basket.

“Research is essential if we want to increase (number of) our export items and I hope you all will pay special attention so that our exports continue…,” she said.

Sheikh Hasina also stressed on the necessity of making the research and development (R&D) wing of every industrial factory effective and stronger.

She said the government has been setting up 100 special economic zones across the country, where research is very essential.