First look of ‘Contract’ out

The Chanchal, Shuvoo starrer web series to be released Mar 18 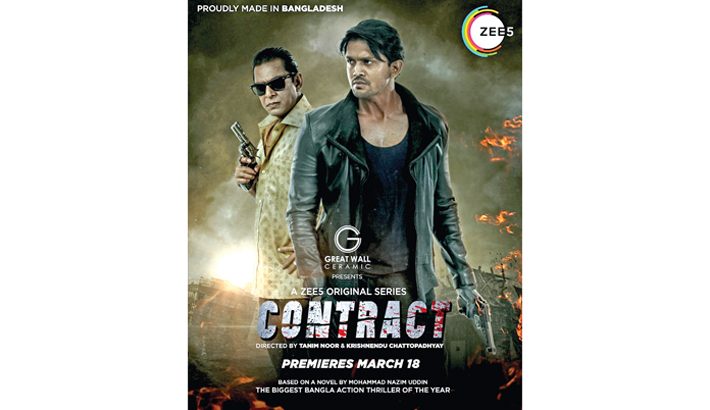 Arifin Shuvoo revealed the first look poster of the film through his social media handles on Tuesday. This is for the first time Chanchal and Shuvoo will be seen together in a web-series. Actors Zakia Bari Mamo, Rafiath Rashid Mithila and Tariq Anam Khan will also play important roles in the series.

After the success of ‘Mainkar Chipay’ and ‘WTFry’, ‘Contract’ promises to be the next big hit for the OTT platform. Like the other Bangla originals, Contract will also be free to watch for viewers in Bangladesh.

Based on the much-appreciated book of the same name by renowned Bangladeshi author Mohammad Nazim Uddin, ‘Contract’ dives into the murky world of politics. It narrates a story of how the rich and powerful exploit the weak and create contract killers for their personal gain.

The web series is directed by Tanim Noor and Krishnendu Chattopadhyay with Parthe Sarkar as Associate Director.