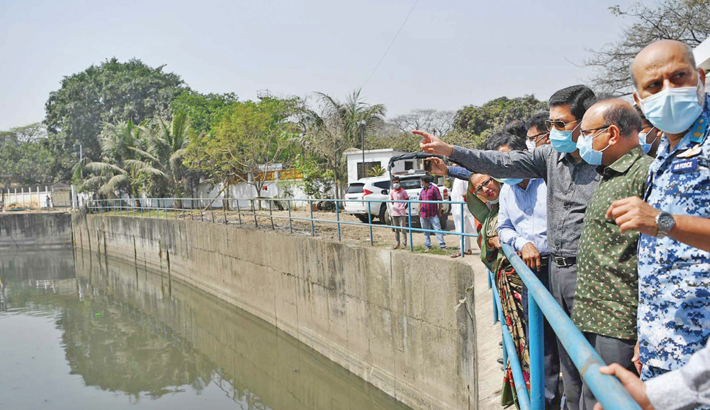 Dhaka South City Corporation (DSCC) Mayor Sheikh Fazle Noor Taposh on Wednesday said that wrong suggestions by experts and strategy of the city corporation led to a rise in mosquito population in the capital.

The mayor made the remark after inaugurating a secondary transfer station of waste in the capital’s Panthapath area.

Taposh said, “Our experts suggested continuing drive against the Aedes mosquito until December and we acted accordingly. But in December the menace of Culex increased.”

“Due to the suggestions, we were engaged to control Aedes mosquito and we couldn’t pay attention to curbing Culex.”

“If we had been given charges of canals only two months ago, we could have started drive to clean waste. It would be easier to control mosquito.”

Speaking on the occasion, LGRD Minister Tazul Islam requested city dwellers not be worried about mosquito.

He said, “The population of Culex and Anopheles has risen in the capital, but they are not so dangerous. We are working to control the insect – nothing to worry about.

“If we can keep drains and water bodies clean and raise public awareness, we can get rid of the problem soon.”