NZ coach not bother about his charges’ skipping Bangladesh series 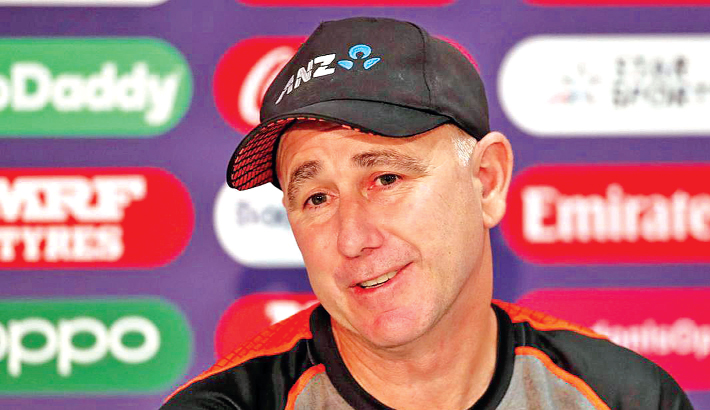 New Zealand head coach Gary Stead said on Tuesday that his charges heading towards the Indian Premier League don’t need to bother about playing Bangladesh in their backyard.

Most of them will be unavailable during their upcoming home series against Bangladesh that was earlier pushed back by a week due to the ongoing challenges in the Covid-19 environment.

NZC have long taken a pragmatic view of their contracted players appearing in the IPL.

Barring the absence of Ferguson, New Zealand have fielded a full-strength side in the T20I series against Australia, where they are leading by 2-0 margin after two games.

Kiwis had to mix and match their squad because of the proximity of the Tests against West Indies and Pakistan to the T20I matches on the previous tours and according to Stead, he is not losing his sleep over the unavailability of some leading cricketers against Bangladesh.

“We are working through the final stages of that (preparing the squad for the Bangladesh series). Don't think we'll scrap everyone from it…but think there will be cases where we say to some of those guys going away, don't bother playing this series,” Stead told reporters at Wellington.

Stead hinted that Ferguson is unlikely to travel to India with the rest of his team-mates as he is expecting the fast bowler to make a comeback in the T20I series against Bangladesh at the end of March following his back injury that he sustained in the middle of December when he was diagnosed with a stress fracture. “At this stage, he will meet up with the team around the time of the one-day series to put finishes touches on things and make sure the intensity is where we want it to be then if all goes well he'll be available for the Bangladesh T20 series,” said Stead.

“You never know how people react to it (the injury) but to Lockie's advantage he's strong, he's fit and he works very hard at that S&C (strength and conditioning) area. Hopefully, all those things will have helped him in a quick recovery,” he added.

While the hosts are busy preparing their squad, their counterpart completed their last corona test on Tuesday and expected to start preparing in groups from March 4, subject to corona test clearance.

The three ODIs will be held on March 20, 23 and 26 in Dunedin, Christchurch and Wellington respectively while the three T20Is will take place on March 28, 30 and April 1 in Hamilton, Napier and Auckland respectively.