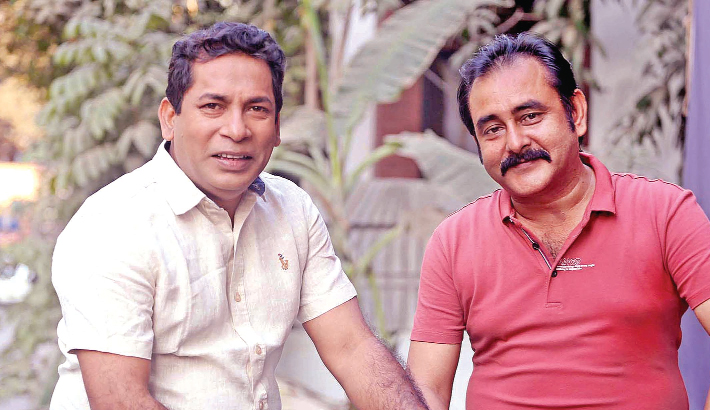 Mosharraf Karim is one of the popular small screen actors of the country. The National Film Award-winning artiste has won the hearts of millions by his fabulous acting style. He always presents wonderful dramas to the audience. Now, the versatile artiste will be seen acting in a new drama serial titled ‘Priyojon’.

About the serial, Mosharraf Karim said, “Definitely, Shamim Zaman is a talented director. I’ve acted many dramas and serials under his direction. He always makes dramas having good stories. The story of the drama ‘Priyojon’ is also amazing.  I’m very hopeful about the drama.”

Shamim Zaman said, “Initially, we will make 104 episodes of the serial. Then, the serial will be extended on the basis of the audience’s demand. Earlier, I’ve made many popular dramas, including, ‘Anandagram’, ‘Jhamela Unlimited’ and ‘Chatam Ghar’ starring Mosharraf Karim. I’ve also got huge positive response for those dramas. I hope the audience will also enjoy the serial ‘Priyojon’ very much.”

The drama ‘Priyojon’ will be aired on Maasranga Television soon, said Shamim Zaman.

On the work front, Mosharraf Karim starrer Kolkata’s film ‘Dictionary’ is getting huge response from the audience.  Directed by Bratya Basu the film was released in India on February 12.