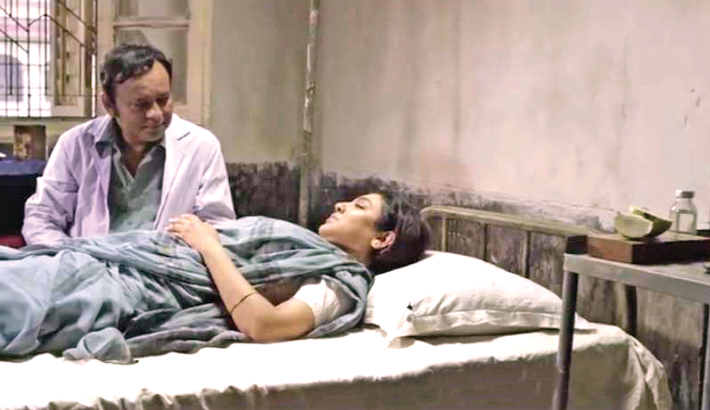 A scene from the film ‘Alatchakra’

Noted actress Jaya Ahsan starrer film ‘Alatchakra’, based on the Liberation War of Bangladesh, will be released on March 19.

The actress confirmed the release date through a Facebook post from her official page on Monday. Jaya Ahsan also shared the poster and teaser of the film.

In her Facebook post, she wrote, “Marking the 50th anniversary of our Independence, Alatchakra, the first 3D film of the country, will be released on theatres on March 19. The film has been made based on Ahmed Sofa’s novel Alatchakra.”

Mazharul Raju is the cinematographer and Ripon Nath is the audio engineer of the film.

The novel ‘Alatchakra’ is an autobiographical novel that depicts the struggles of two refugee intellectuals during the liberation war.

The 1985 novel depicts the love story between Bangladeshi writer Daniel and his ailing lover Tayeba who suffers from cancer.

The film will showcase the undying affection between Daniel and Tayeba, and how the trauma of the 1971 Liberation War creates a whirlwind of emotions between the lovers.