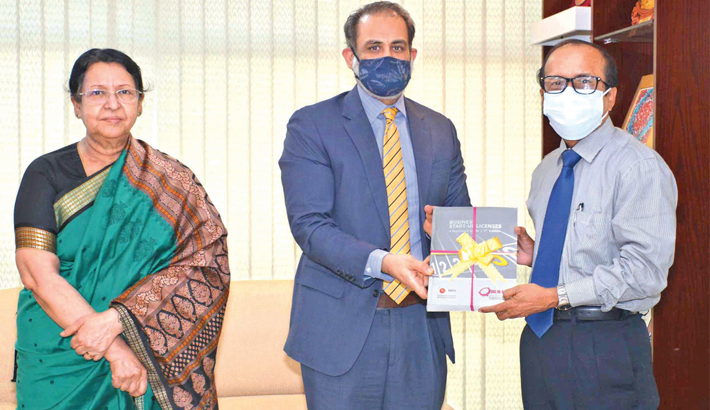 He termed the zone a “game changer” saying the land allocation “is almost exhausted” in the zone.

“Considering potentials, it can be expanded further to areas including Companiganj, Sitakunda, Sandwip and Hatia,” said Paban Chowdhury.

"BEZA has already received more than $20 billion investment and it is going to reach $30 billion soon," he said at a meeting with Business Initiative Leading Development (BUILD) Chairperson Abul Kasem Khan at his office in Dhaka Tuesday.

He also put emphasis on the macro-level policy reforms and strong governance for the successful completion of the targeted EZs in Bangladesh.

He further suggested that BUILD should come up with comprehensive proposals with facilitation of trade and investment, attracting more FDI, supporting SMEs, spillover over impact in society in the SEZs etc.

"BUILD is thinking of preparing a concept called SEZ – the New Economic Frontier," he said. SEZs ultimately work towards not only creating jobs within the SEZ but outside as well in addition to generating various spillover economic opportunities, thereby effectively working as economic cities, he said. He added, "SEZs should share in the additional revenue generated from various taxes collected from economic activities created in that area due to the SEZs operations."

In addition, BUILD CEO Ferdaus Ara Begum said the policy gaps in handling private and public EZs and other country-specific EZs would need to be minimized.

BUILD will come up with a research study on the New Economic Frontier to consolidate the idea and seek support from the government for policy reforms in attracting more private sector investment, she added.