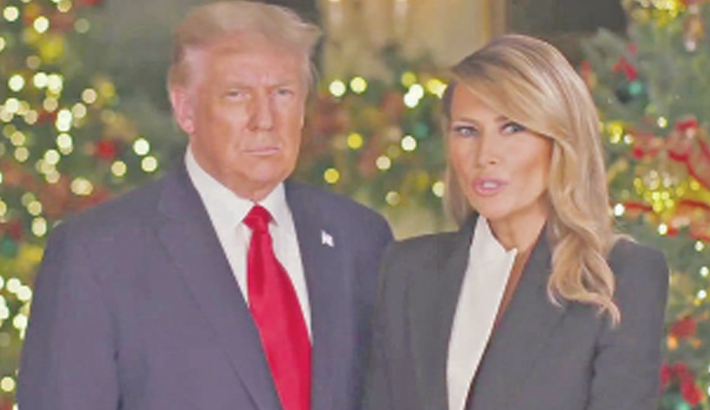 Donald and Melania Trump received the coronavirus vaccine before leaving the White House, according to multiple news reports on Monday.

Citing unnamed advisers, the New York Times, CNN and other outlets reported that while other officials, including Joe Biden, Kamala Harris, and the former vice-president Mike Pence, chose to get their shots publicly to encourage confidence in the vaccines, the Trumps opted to quietly get vaccinated in January. There was no detail on which shot they received or how many doses they had been given. Both Donald and Melania contracted and recovered from Covid-19 during the 2020 presidential campaign.

The revelation first came to light after Trump took the stage at the Conservative Political Action Conference (CPAC) in Florida. “Everyone should go get your shot,” he told the audience, prompting questions from reporters about whether he had had his.

The speech was the first time Trump has told supporters – who include groups that are the most skeptical of the vaccine – to get their shots.

According to Axios, white Republicans have polled as highly vaccine hesitant.

Long before Covid, the former president also helped fuel the anti-vaccination movement in the US, by tweeting conspiratorial claims and questioning scientists.

“I think the vaccines can be very dangerous. And, obviously, you know, a lot of people are talking about vaccines with children with respect to autism,” he said in 2009, according to the New York Times. Even as he launched his presidential bid, he repeated misinformation about childhood vaccines from the debate stage.

A study published in the Journal of Experimental Social Psychology last May concluded that Trump is “the first US President to be on the record as having anti-vaccination attitudes” and that “Trump voters were significantly more concerned about vaccines than other Americans”.

Trump is no longer able to tweet after his account was suspended by the platform, which cited concerns over “the risk of further incitement of violence” following the 6 January attack on the US Capitol. But by encouraging his base that the shot is safe, perhaps he will be able to sway those who were reluctant to get the shot.

Even if he has been silent until now on getting the vaccine, the former president has not hesitated to take credit for the rollout. “Never let them forget this was us. We did this,” he said at CPAC.

His claim contradicts CNN reporting from January, which showed Biden had to effectively start from scratch when he took office and that there was no vaccine distribution plan left behind by the Trump administration.