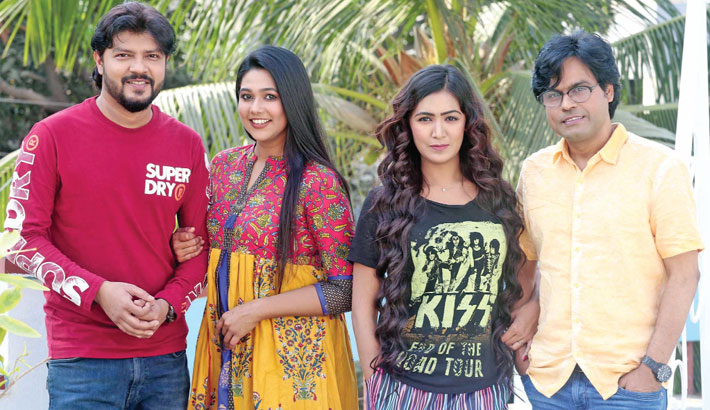 The shooting of the play took place at different locations in the capital’s Uttara area recently.

About the drama, Tutul Chowdhury said, “Fazlul Selim is a talented director. He always writes and directs good dramas. ‘Certificate’ has also a beautiful storyline. I’m hopeful that the audience will respond well to this play.”

Kollan Koraiya said, “I’m now regular in acting after the coronavirus pandemic. In the meantime, I have worked in some good story-based dramas. In ‘Certificate’ I have acted with some talented actors. I hope, the viewers will like our work.”

According to the makers, ‘Certificate’ will be aired on a satellite channel soon.

Kollan Koraiya was last seen in the dramas ‘Truth or Death’ and ‘Bhalobashar Epith Opith’. He got many appreciations for the dramas.

On the other hand, Sanjida Islam is now busy with multiple TV projects. She came to the limelight through the character Ranu on the mega serial ‘Maan Obhimaan’.

Interestingly, Shakila Akhter is now portraying the character Ranu. She appeared as Ranu in this serial from February 25.