Today, people in Myanmar are pleading for help from the world for restoration of democracy in their country. In August 2017, a deadly crackdown by Myanmar's army on Rohingya Muslims forced hundreds of thousands to flee to Bangladesh for life. They literally risked everything to escape by sea or on foot a military aggression which the United Nations later described as a "textbook example of ethnic cleansing". Since then, there has been barrage of criticisms against the barbarous act. However, the Myanmar authority paid no heed whatsoever.

In January 2020, the UN's top court ordered Myanmar to take actions to protect members of its Rohingya community from genocide. However, the army in Myanmar invariably said it was fighting Rohingya militants and denied targeting civilians. The country's leader Aung San Suu Kyi, once a human rights icon, was rather silent initially. To woo the generals, however, she later on repeatedly denied allegations of genocide. This very act of convenience and compromise mocking at the basic human values tarnished the image of Suu Kyi globally.

For this unquestioned loyalty to army, Suu Kyi and her party’s interests were served by the army then. However, the recent ouster of Suu Kyi and her party from power is no doubt a blatant example of the fact that if one does not speak against wrongs, he or she will also be wronged in their lifetime. The intention of the author is not to rejoice at the sufferings of people of Myanmar in the face of military takeover. It is, in fact, an eye opener for the ones who remain silently complacent and remain preoccupied in self-aggrandisement rather than being vocal against the misdeeds happening around.

In fact, the world is now replete with such people. More than three years have elapsed since the Rohingya exodus from Myanmar devastated the southern part of Bangladesh. Many in the world came up with in innovative rhetoric and platitude ever since. However, almost none from the big powers played any effective role in offloading the burden from the back of Bangladesh. The Rohingyas, who numbered around one million in Myanmar at the start of 2017, are one of the many ethnic minorities in the country.

Rohingya Muslims represent the largest percentage of Muslims in Myanmar, with the majority living in Rakhine state. They have their own language and culture and they are descendants of Arab traders and other groups who have been in the region for generations. However, the government of Myanmar, a predominantly Buddhist country, denies the Rohingya citizenship and even excluded them from the 2014 census, refusing to recognise them as a people. It sees them as illegal immigrants from Bangladesh although history is not on Myanmar’s side on this claim.

Since the 1970s, Rohingyas have migrated across the region in significant numbers. Estimates of their numbers are often much higher than official figures. In the last few years, before the latest crisis in 2017, thousands of Rohingyas made perilous journeys out of Myanmar to get rid of communal violence or alleged abuses by the security forces. At least 288 villages were partially or totally destroyed by fire in northern Rakhine state after August 2017, according to analysis of satellite imagery by Human Rights Watch. The imagery shows appallingly that many Rohingya villages were reduced to rubble, while nearby ethnic Rakhine villages were left intact. A report published by UN investigators in August 2018 accused Myanmar's military of carrying out mass killings and rapes with "genocidal intent".

The International Court of Justice (ICJ) case, lodged by the small Muslim-majority nation of The Gambia, in West Africa, on behalf of dozens of other Muslim countries, called for emergency measures to be taken against the Myanmar military until a fuller investigation could be launched. Painfully for the world, Aung San Suu Kyi rejected allegations of genocide when she appeared at the court in December 2019. It is indeed an irony for the Nobel Prize itself that this Nobel laureate for peace ended up at a genocide trial and lied so brazenly.

However, in 2020, the International Criminal Court (ICC) approved a full investigation into the case of the Rohingya in Myanmar in November in respect of Myanmar’s crime against humanity. Interestingly, even Myanmar’s Independent Commission of Enquiry (ICOE) admitted that members of the security forces might have carried out "war crimes, serious human rights violations, and violations of domestic law", but falsely claimed there was no evidence of genocide.

Alarmingly, with more than half a million Rohingya believed to still be living in Myanmar's northern Rakhine province, UN investigators have warned there is a "serious risk that genocidal actions may occur or recur". Their fear is pretty genuine as the situation that led to "killings, rapes and gang rapes, torture, forced displacement and other grave rights violations" in 2017 remained unchanged, the investigators said in September, blaming a sheer lack of accountability and Myanmar's failure to fully investigate allegations and take actions.

Admittedly, the Rohingya tragedy is a stark pointer to the harsh reality that we live in such a world where the strong has kept on tormenting the weak. The words such as harmony, civility and diversity have become mere rhetoric with no implications whatsoever. Nothing is more important than business in the contemporary world in which lives of millions are the cheapest things. Business can be done with a human face. In the case of Rohingyas, however, Myanmar exhibited the terribly inhuman face.

It is now as clear as crystal that Myanmar government decided to get rid of the Rohingyas by means of brutalities of horrendous dimensions. And, it found a land where it could dump the Rohingyas and that was Bangladesh. Bangladesh, however, couldnot reject them with a sealed border for the sake of humanity. That is why thousands of Rohingyas entered Bangladesh in 2017. It is true that we cannot afford the Rohingyas in our very limited land. However, where would they have gone? Is such a fate waiting for many people of Myanmar following the recent military offensive?

More than three years back many in Myanmar enjoyed the plight of Rohingyas and forgot about humanity. Today, they are crying for democracy. However, in a country where humanity is a rare commodity, democracy might well be a nonentity. It is indeed a paradox whether the concerned deserve democracy whereas they denounced humanity in broad daylight. There is, however, no denying the fact that without humanity, democracy is of no use. Even then, we wish that democracy will come back to Myanmar soon. We also hope that the persecuted Rohingya community will also get some respite.

The writer is a Professor, Department of Public Administration and Chancellor’s Nominee Syndicate Member, University of Chittagong. 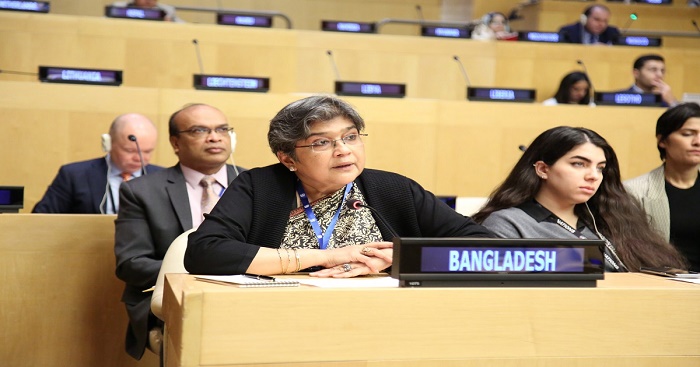 Bring an end to crimes against humanity, genocide: Bangladesh to UNSC 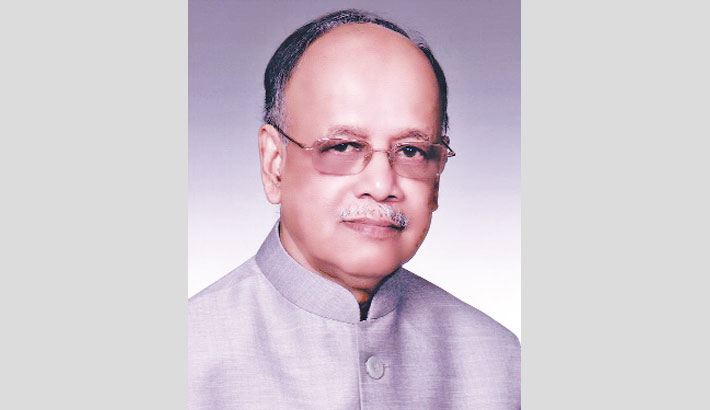 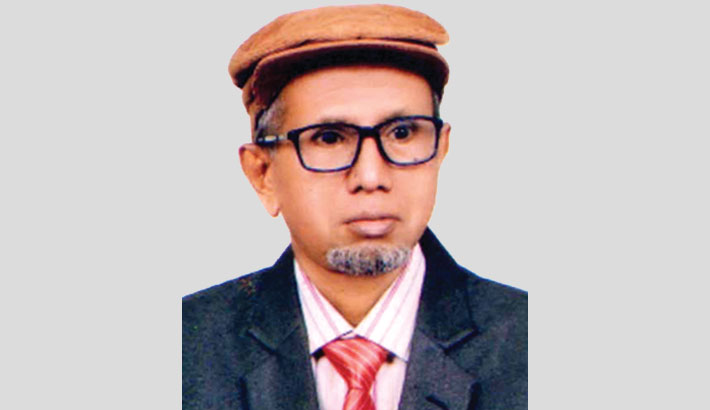