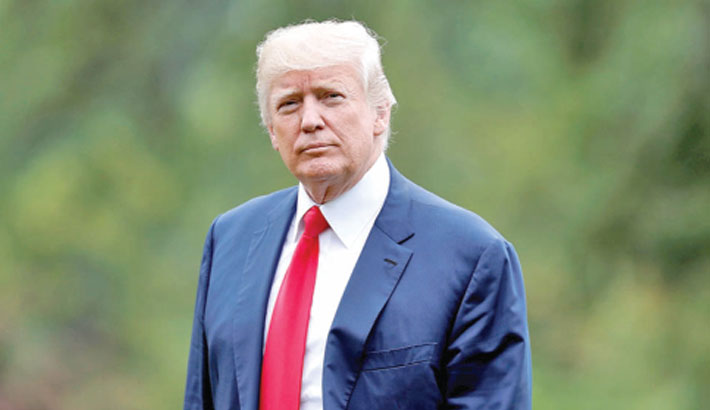 WASHINGTON: Former President Donald Trump hinted on Sunday at a possible presidential run in 2024, attacked President Joe Biden and repeated his fraudulent claims he won the 2020 election in his first major appearance since leaving the White House nearly six weeks ago Reuters.

Addressing the Conservative Political Action Conference in Orlando, Florida, Trump vowed to help Republicans try to regain majorities - lost during his presidency - in the US House of Representatives and Senate in 2022 congressional elections and dangled himself as a possibility for president in 2024.

“With your help, we will take back the House, we will win the Senate and then a Republican president will make a triumphant return to the White House. I wonder who will that be?” he said, smiling. “Who, who, who will that be, I wonder.”

Trump’s weeks away from Washington do not appear to have dimmed his anger at Republicans who voted to impeach or convict in a failed congressional effort to hold him responsible for inciting a deadly attack on the US Capitol on Jan. 6.

He singled out several such Republicans by name, like Senators Mitt Romney and Pat Toomey and House lawmakers Liz Cheney and Adam Kinzinger, and suggested he would support candidates who opposed them in Republican primaries. “Get rid of ‘em all,” he thundered.

Trump repeated lies he has told about his Nov. 3 presidential election loss to Biden, and offered a withering critique of his Democratic successor’s first weeks in office. “They just lost the White House,” the Republican former president said after criticizing Biden’s handling of border security. “But who knows, who knows, I may even decide to beat them for a third time.”

Trump and his allies spent two months denying his election defeat, and claiming without evidence it was the result of widespread voter fraud, before his supporters stormed the Capitol on Jan. 6 seeking to disrupt congressional certification of Biden’s win.