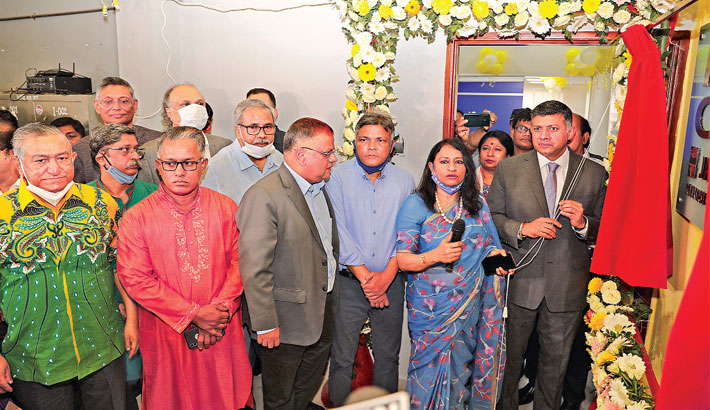 He said the friendship of Bangladesh and India was founded in 1971 and the partnership between the two countries is going forward.

The Indian envoy made the remarks while inaugurating the renovated Media Centre at Jatiya Press Club (JPC) in the capital.

Terming the JPC as a place that shows the spirit of Bangladesh, he said India value and respects the independence and story of struggle of Bangladesh.

“The golden jubilee of Independence of Bangladesh will also be celebrated in India this year. The two countries will work together to celebrate historic event,” said the Indian envoy.

The High Commissioner said he is delighted to be here at the JPC in this big and important month.

About renovation of the media centre, he said they are delighted to be part of this development work of JPC and assured to further cooperate in the days to come.

JPC President Farida Yasmin in her speech expressed gratitude to the Indian High Commission for its continued support in upgrading the Media Centre and said the ties between the two friendly countries are expanding on all fronts.

She called for enhanced people to people contact and cooperation between the media of the two countries.