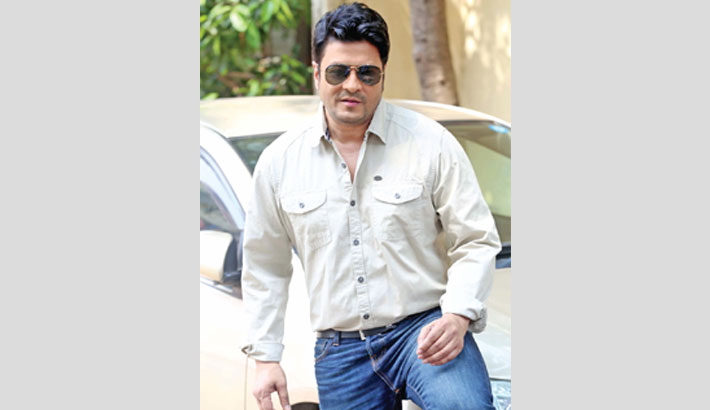 Popular Dhallywood actor Ferdous Ahmed will be seen in a new television commercial (TVC).  He will play the role of an engineer in the commercial of HRRM Steel.

The shooting of the TVC has been completed at different locations in Manikganj district. Model Shanta Jahan, noted actor Azizul Hakim will also be seen in the TVC.

Tariqul Islam is the director of the TVC.

Ferdous said, “This is my first work with Tariqul Islam. He made this ad with utmost care. I love the story of this commercial. Shanta Jahan is also doing well. I hope it will be a good one.”

Shanta Jahan said, “Ferdous bhai is one of the popular actors of the country. He is very co-operative. I’m lucky that I got the opportunity to work with him. Thanks, Tariqul bhai for involving me in this project.”

Director Tariqul Islam said, “Ferdous is perfect for this ad as per demand of the story. Azizul Hakim and Shanta Jahan have also portrayed their characters perfectly. Thanks, the HRRM authorities for keeping faith in me.”

Under the banner of Nandan Audio Vision, the TVC will be aired soon, said the director.