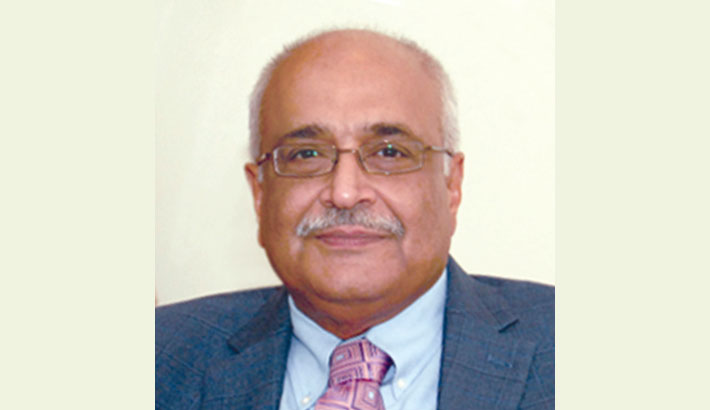 Creating an enabling environment both for domestic investment and foreign direct investment (FDI) will be the key to successful graduation from the LDC bracket, said Prof Debapriya Bhattacharya, a member of UN CDP, on Sunday.

Besides, domestic tax mobilisation and improving the quality of education, health and social protection will help in smooth graduation, he also said.

The noted economist was talking to journalists at a virtual discussion titled: ‘Bangladesh Qualified for LDC Graduation: What Next?’ two days after the UN CDP (United Nations Committee for Development Policy) finally recommended for Bangladesh’s exit from the LDC group which will be effective in 2026.

“Private investment has been stagnant at a point of 23 to 24 per cent of GDP for the last four-five years. The country’s main task should be to increase the investment and FID, which will eventually create jobs,” Dr Debapriya commented.

Investment and resources will also be required to improve the quality of education, health and social protection, he noted.

“If domestic tax mobilization can’t be increased, we won’t be able to tap the opportunities coming from the graduation,” Debapriya pointed out.

For graduation, any country requires to qualify for the two consecutive triennial reviews of UN CDP. Bangladesh met all the graduating criteria for both 2018 and 2021 reviews.

But Economic and Environmental Vulnerability Index (EVI) slipped by 15.6 per cent from 25.2 in 2021 to 27 in 2021 against the required 32, which implies what should be done by the country in the coming days, the economist pointed out.

About graduation potentials, he said: “The benefits are all the potential sides which will largely depend on how the scopes are cashed in on by the country.”

“The LDC graduation recommendation by the UN is an international recognition for the country’s development success, which will create more confidence among international investors or financial actors,” Dr Dabapriya said.

The country’s international credit rating will improve. Even though GDP growth will go down somewhat,  domestic tax collection and FDI inflow increased, while foreign aid has not fallen abruptly and foreign remittance remained unchanged, he listed.

“The most potential area for the country will be that investable resources can be mobilized from overseas sources at a reasonable cost for meeting local investment needs,” he said.

Local concerns are confined to only exports and the pharmaceuticals industry, but less importance has been attached to other challenges like intellectual property issues, he lamented.

Currently, several global and bilateral initiatives are underway to articulate enabling measures for the graduating LDCs. Bangladesh should negotiate with WTO or bilaterally to resolve the intellectual property issues, he suggested.

Coordination among the international community and economic diplomacy will play a vital role and the foreign ministry has to shoulder the responsibilities for this, he added.

To fend off external shock coming from the Covid-19 situation, Bangladesh has to engage its development and trading partners in preparing a smooth transition strategy and planning for a post-graduation international trade landscape, the UN CDP recommended.

Priority policy areas to support development should include domestic resource mobilization, placing job creation at the centre of the 8th plan, increase investment in the health sector, diversify exports and export markets, shit to clean and sustainable energy backtracking from coal power.

International concerns surrounding the graduating countries are whether these countries’ development has been inclusive. In Bangladesh, inequality is growing. So, Bangladesh has to not only advance but also lower inequality, according to Dr Debapriya.

Other important key issues will be good governance, especially civic rights and human rights for a smooth graduation.

Economic diversification, technological up-gradation and improvement of labour productivity, and domestic market expansion and consolidation should be a priority, the noted economist pointed out.

The UN created the LDCs group in November 1971 with including 25 countries and Bangladesh joined it in 1975.

Bangladesh was supposed to graduate in 2024 but in response to a request from the Bangladesh government, it has given five years to graduate.